Dartmouth researchers were awarded $ 29.9 million during June, including $20.7 million in new and competing awards. View the complete list of awards, as reported by the Office of Sponsored Projects. Here, Dartmouth Now spotlights three investigators and their work. 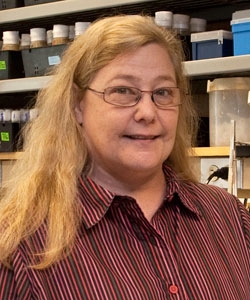 Chromosome choreography: When a cell divides, it is critical that each of the daughter cells inherits a complete set of chromosomes. “Errors in chromosome segregation can be catastrophic, especially in meiosis, the specialized type of cell division that gives rise to sperm and eggs,” Bickel says. “This award focuses on understanding how chromosomes ‘do the right thing’ during meiosis.”

Sticky sisters: One essential component of accurate cell division is the glue (cohesion) that holds sister chromatids together from the time they are formed during DNA replication until the cell divides. “My lab uses the fruit fly to study the molecules and mechanisms that operate during meiosis,” Bickel says. “We have recently shown that cohesion weakens when oocytes undergo aging, which leads to segregation errors. Now our goal is to understand what causes cohesion to deteriorate.”

Teamwork: Viji Subramanian, a former graduate student of Bickel’s, laid much of the groundwork for the current study. Two graduate students, Pei Zhou and Katie Weng , and a research technician, Charlotte Jeffreys, are now moving the work forward. 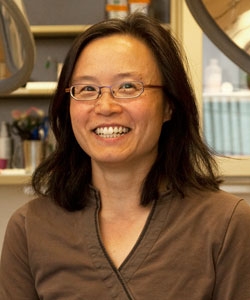 Healing forces: “Scarring is an inevitable consequence of surgery, and all surgeons aim to minimize this complication,” says Chen. In this study, electron paramagnetic resonance (EPR) oximetry offers the ability to investigate the short- and long-term role of oxygen during the process of acute and chronic injury. 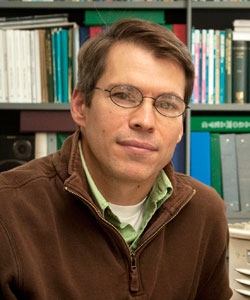 Harmful rays: Galactic cosmic rays (GCRs) from astrophysical sources and solar energetic particles (SEPs) produced by the sun during solar active periods are sources of ionizing radiation in the Earth’s upper atmosphere, Kress explains. GCRs and SEPs are damaging to electronic equipment in space and at high altitudes and can expose astronauts, airline crews, and passengers to increased levels of harmful radiation.

Radiation dose assessment: The goal of the NAIRAS project, Kress notes, “is to develop a numerical forecast model of atmospheric radiation, which will provide a decision support tool for assessing radiation impacts on crew and passengers of long-range aircraft.”

Teamwork: Kress is collaborating on the project with Mary Hudson, professor of physics at Dartmouth. Christopher J. Mertens of NASA’s Langley Research Center and Michael Wiltberger of the National Center for Atmospheric Research are also involved.