In the Spotlight: Dartmouth Welcomes New Professors (part 1 of 2)

Dartmouth added 15 members to the Faculty of Arts and Sciences this fall. “It is always a pleasure to welcome our new colleagues,” says Michael Mastanduno, dean of the Faculty of Arts and Sciences and the Nelson A. Rockefeller Professor of Government. “They bring fresh perspectives and an infusion of energy, and individually and collectively they make Dartmouth a better place. We take great pride in the multiple roles that faculty members play here as exceptional scholars, passionate teachers, and devoted mentors to our students.” Dartmouth Now profiles eight new faculty members here, in part one of “In the Spotlight.” (Seven professors are profiled in the second installment, published on November 24, 2010.) 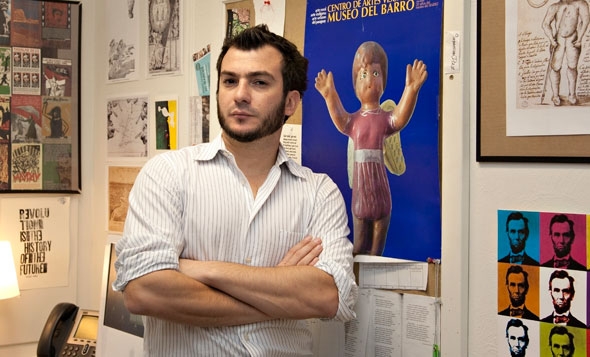 CV: Díaz-Duhalde holds a PhD from the University of Michigan. He is currently working on a book about the social uses of visual and written texts during the War against Paraguay (1864–1870) and the Wars of Independence in Latin America at the beginning of the 19th century.

Why Dartmouth? “I am particularly glad to be able to continue teaching at Dartmouth at the level of assistant professor,” he says, following an appointment last year as a lecturer. “That experience gave me a sense of how motivated Dartmouth students are and how enriching it is to work closely with them. I also had the opportunity to get acquainted with the advanced research my colleagues do—another reason I am glad to be part of this exciting intellectual community.” 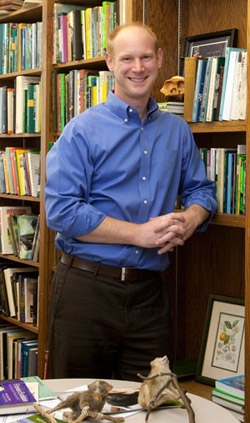 CV: Dominy holds a PhD from the University of Hong Kong. His research has been published in a range of prominent journals, including Nature, Nature Genetics, and the Proceedings of the National Academy of Sciences USA. Dominy’s work has also caught the attention of the press, as when Popular Science magazine tapped him for its 2009 “Brilliant 10” list of scientists under 40. He is also the recipient of a Packard Fellowship in Science and Engineering and the Li Ka Shing Prize. Dominy’s research explores how aspects of the environments in which early human ancestors lived—the appearance and nutritional value of edible plants, for example—shaped the evolution of human anatomy, including developments related to body size, and the senses of sight and hearing.

Why Dartmouth? “From my job interview onwards, Dartmouth felt like home,” says Dominy. “The community and camaraderie here are particularly strong and attractive.” 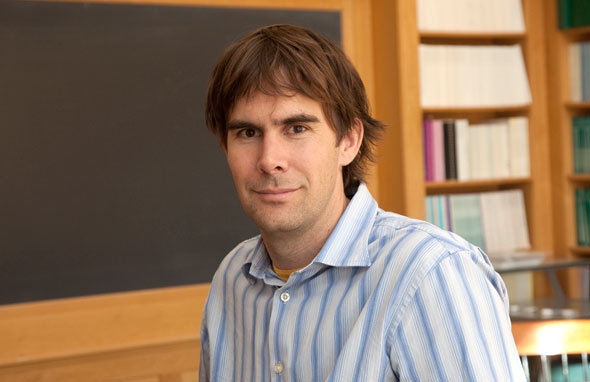 CV: Duchaine holds a PhD from the University of California at Santa Barbara. The winner of the British Neuropsychological Society’s Elizabeth Warrington Award, Duchaine’s findings have been widely published, in journals including the Proceedings of the National Academy of Sciences, Brain, Current Biology, and Neuron. His work has also received mainstream media coverage, in outlets ranging from The Economist to Wired to Good Morning America. His current research projects include investigations of developmental prosopagnosia in children and the neural architecture of human face processing.

Why Dartmouth? “Two of the emphases of Dartmouth’s Department of Psychological and Brain Sciences are visual neuroscience and social neuroscience,” Duchaine points out. “It’s a perfect fit for me.” 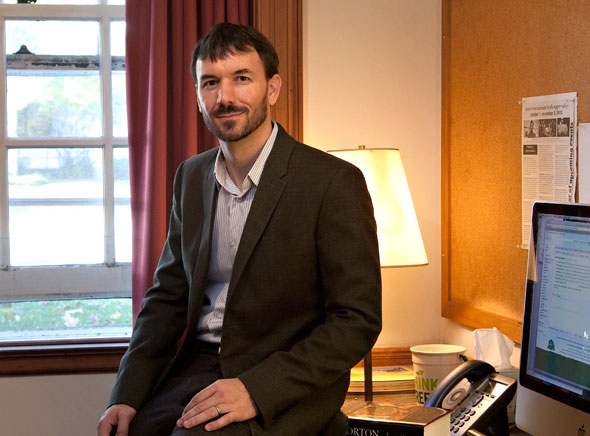 CV: Gamboa holds a PhD from Harvard and is an experienced director of Shakespeare. His directing credits include productions of Macbeth, All’s Well that Ends Well, Twelfth Night, The Winter’s Tale, and Henry V. He spent the summer of 2010 directing at the American Shakespeare Center in Staunton, Va. Gamboa is currently expanding his PhD research on double casting in Shakespeare’s plays into a book tentatively titled “Unions in Partition: Shakespeare’s Actors and their Doubles.”

Why Dartmouth? “The friendly and supportive atmosphere of the English department, along with the College’s focus on undergraduates are the foremost reasons I’m happy to be here,” says Gamboa. “And the balance between opportunities to pursue my scholarship and chances to work closely with clever students is unparalleled.” 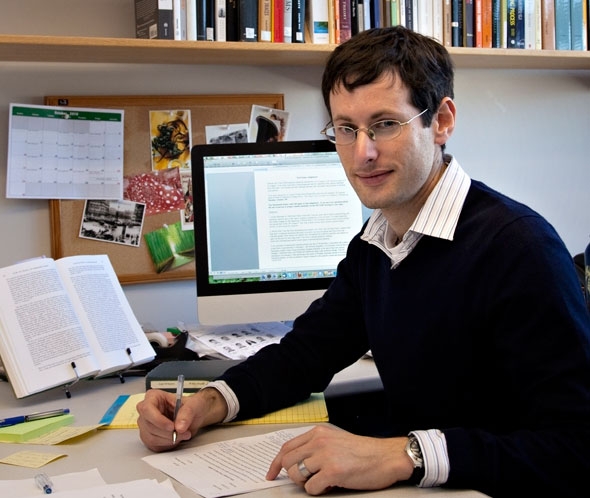 CV: Greenberg holds a PhD in history from the Hebrew University of Jerusalem and has lived, studied, and researched in Israel, Germany, and the United States. His publications include articles in the Journal of European Studies and Theory, Culture & Society, as well as a piece forthcoming in the Journal of Contemporary History. Greenberg is currently working on a book manuscript, entitled “Cold War Weimar: German Émigrés and the Intellectual Origins of the Cold War.” Greenberg argues that thought and discourse about the Cold War, while traditionally framed as opposition to Communism, also show the lingering influence of political debates in Germany in the 1920s.

Why Dartmouth? “I cannot imagine a better job,” says Greenberg. “With ambitious and talented students, equally talented and friendly colleagues, and the wonderful resources that Dartmouth offers its faculty for research, I feel lucky to be part of this institution and community.” 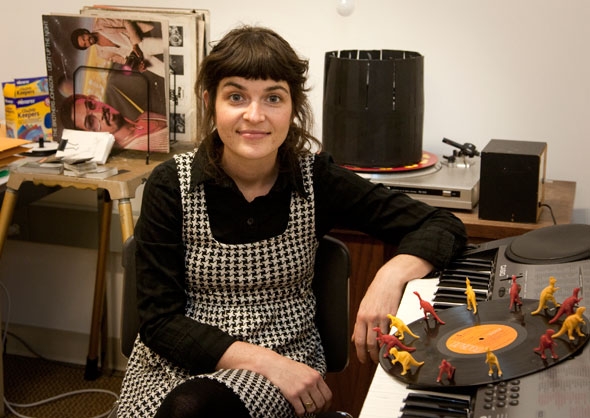 CV: Mack holds an MFA from the School of the Art Institute of Chicago. Combining the formal techniques and structures of abstract/absolute animation with those of cinematic genres, her handmade films use collage to explore the relationship between graphic cinema and storytelling. Her work has been screened at the School of Visual Arts Theater in New York City, and the international animated film festival ANIMATOR 2010, held in Poznan, Poland. Mack has also served as a curator and administrator for a number of film festivals, including the Florida Experimental Film and Video Festival, the Portland Documentary and Experimental Film Festival, and the Chicago Underground Film Festival.

Why Dartmouth? “I’m invigorated by my department’s acceptance of moving image media as a form of art-making, not solely a commercial enterprise,” says Mack. “I’m also thrilled by the infectious energy of my students’ good ideas and important questions.” 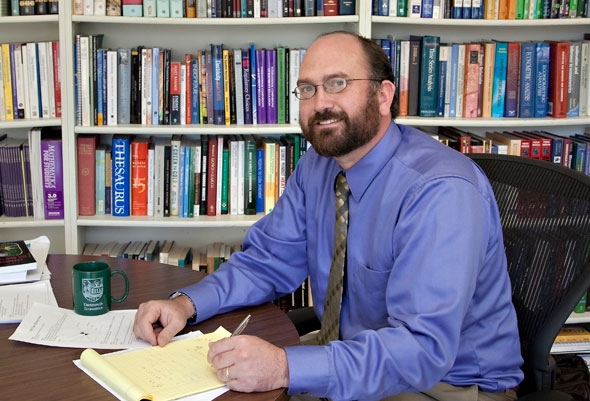 CV: Mansur holds a PhD from the University of California at Berkeley. A faculty research fellow at the National Bureau of Economic Research, Mansur’s work has been published in the American Economic Review, the Review of Economics and Statistics, and the Journal of Economics and Management Strategy, among others. His current research continues to explore the effects of environmental and other regulations on the electricity, gasoline, and other energy-related markets. Mansur comes to Dartmouth from the Yale University School of Management.

Why Dartmouth? “The economics department at Dartmouth has many people working on lots of applied, policy relevant work,” Mansur notes. A graduate of Colby College in Maine, he says he is also glad to be back in northern New England and part of a college that emphasizes teaching and the liberal arts. 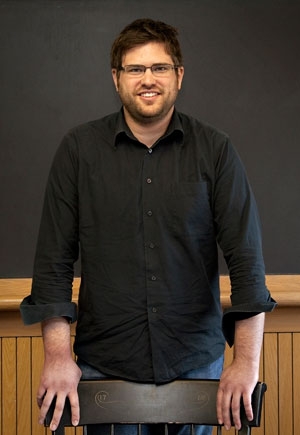 CV: Schwartzstein holds a PhD from Harvard University. His graduate work was supported by a number of highly competitive fellowships, including a National Science Foundation Graduate Research Fellowship and a National Bureau of Economic Research Pre-Doctoral Fellowship in Aging and Health Economics. Schwartzstein’s research has been published in the Quarterly Journal of Economics. He also serves as a peer-reviewer for a number of journals in his field. His current research considers how psychological biases, in particular selective attention and coarse thinking, affect individuals’ judgments and decisions, market outcomes, and the design of optimal government policy.

Why Dartmouth? “Many members of the economics department here conduct interdisciplinary research, which makes it a great place to continue my work in behavioral economics,” Schwartzstein points out. “I’ve also been very impressed with the quality of students’ ideas and their enthusiasm.”

This story was co-authored by Kelly Sundberg Seaman.