In the Spotlight: Dartmouth Welcomes New Professors (part 2 of 2)

Dartmouth added 15 members to the Faculty of Arts and Sciences this fall. “It is always a pleasure to welcome our new colleagues,” says Michael Mastanduno, dean of the Faculty of Arts and Sciences and the Nelson A. Rockefeller Professor of Government. “They bring fresh perspectives and an infusion of energy, and individually and collectively they make Dartmouth a better place. We take great pride in the multiple roles that faculty members play here as exceptional scholars, passionate teachers, and devoted mentors to our students.” Dartmouth Now profiles seven new faculty members here, in part two of “In the Spotlight.” (Eight professors are profiled in the first installment, published November 23, 2010.) 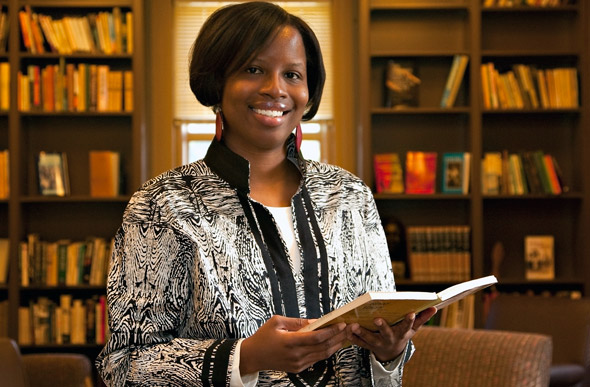 CV: During the 2009-10 academic year, Goldthree was the Thurgood Marshall Dissertation Fellow at Dartmouth; she is a PhD candidate in history at Duke University. Goldthree’s research has been supported by a number of prestigious fellowships, including a Fulbright to Trinidad and Tobago. She is currently co-organizing an international conference, “Beyond the Battlefield: The Labor of Military Service in Latin America and the Caribbean,” to be held at Duke University in April 2011.

Why Dartmouth? During her Fulbright research, Goldthree met Dartmouth students who were participating in the College’s Trinidad Foreign Study Program. “I was deeply impressed by their interest in global affairs, independent spirit, and boundless curiosity,” she recalls. “Now, as a member of the faculty, I am thrilled to be a part of a vibrant interdisciplinary program, where I can share my passion for Caribbean history and culture with students and colleagues.” 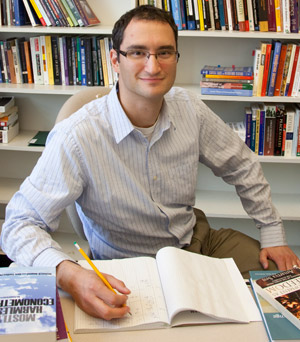 Why Dartmouth? Greenhill says that, “the friendly college town atmosphere, the research support available to junior faculty, and the intellectual curiosity of the students” rank high on his list of favorite things about Dartmouth.

CV:  Luttmer holds a PhD in economics from Harvard University. His work has appeared in economics journals including the Journal of Public Economics, the Quarterly Journal of Economics. Luttmer is a fellow of both the National Bureau of Economic Research and the Bonn, Germany-based economic think-tank IZA. Prior to coming to Dartmouth, Luttmer was on the faculty of the John F. Kennedy School of Government at Harvard. One element of his current research centers around economic incentives related to retirement, disability, and health insurance.

Why Dartmouth? “Dartmouth’s economics department is an outstanding place to work because it offers a wealth of colleagues who do cutting-edge research,” says Luttmer. “And it’s a pleasure to teach smart and motivated students in small class settings.” He also counts taking advantage of “the hiking, skiing, and the outdoors in general” around Hanover with his family as a plus.

CV: Moxnes holds a PhD from the University of Oslo. He has also worked as an economic analyst for the Norwegian Ministry of Finance and was a teaching fellow at Oslo. Moxnes studies the impact of globalization on various aspects of national economies as well as on the global economy itself. Topics his work addresses include the influence of trade barriers on a firm’s choice of location and the effect of off-shoring or headquarters downsizing on the economy of a company’s home nation. A peer reviewer for several journals in economics, Moxnes’s article, “Are Sunk Costs in Exporting Country-Specific?” is forthcoming in the Canadian Journal of Economics.

Why Dartmouth? “Economics is a very strong department, and international economics is a major area of research here,” says Moxnes. “Also, being a Norwegian, I am used to cold winters!”

CV: Ramanathan holds a ScD in radiological sciences from the Massachusetts Institute of Technology, where he was a research scientist in the Nuclear Science and Engineering Department until joining the faculty at Dartmouth. His findings have been widely published in journals including Physical Review Letters, Physical Review A and B, and the Journal of Chemical Physics. Ramanathan’s current research developing techniques to coherently control and characterize complex quantum systems is fundamental to the understanding of mesoscopic systems and underpins the development of quantum computers and other quantum-based tools which have the potential to be used in almost every scientific discipline.

Why Dartmouth? “Dartmouth has excellent students and the presence of a group of colleagues whose research interests overlap mine,” says Ramanathan. “My wife and I have strong ties to New England as well.” 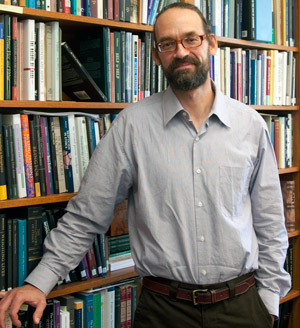 CV: Rosenkoetter holds a PhD from the University of Chicago. His work has appeared in the Archiv für Geschichte der Philosophie, the British Journal for the History of Philosophy, and the European Journal of Philosophy. Rosenkoetter is currently at work developing several distinct ideas in Kant’s metaphysics and epistemology, as well as looking at contemporary Kantian treatments of the moral status of suicide. His largest project concerns the argumentative foundations of Kant’s moral philosophy.

Why Dartmouth? Rosenkoetter, who has previously been a visiting professor at Dartmouth, is pleased to be back. The College offers a great environment, he says: “interesting and interested students” to work with in small classes, support for faculty research, and “a department whose members really talk with each other about their work and ideas. Plus, I love living in the Upper Valley and being close to so many opportunities to take a break from philosophy in the outdoors.” 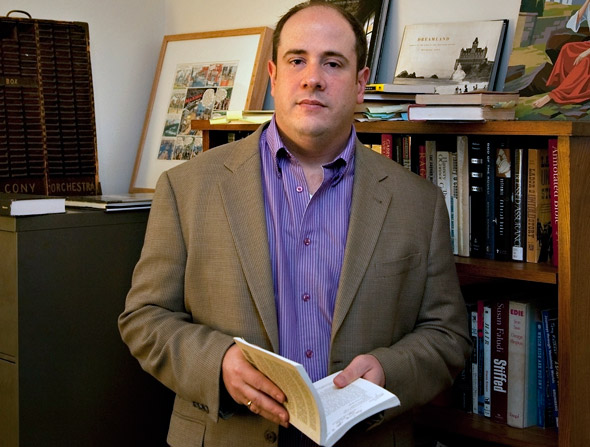 CV: Sharlet’s books include C Street (2010), The Family (2008), and Killing the Buddha (2004). Sweet Heaven When I Die will be published in 2011. His pieces on music, religion, and American culture have appeared in have appeared in Harper’s and Rolling Stone, the two magazines for which he is a contributing editor, and many others, including Oxford American, Lapham’s Quarterly, and Mother Jones. Sharlet is the co-founder of the online literary magazine KillingTheBuddha.com. He has also been an associate research scholar at the New York University Center for Religion and Media, part of an interdisciplinary project combining religious studies, anthropology, performance studies, and journalism.

Why Dartmouth? “Brilliant, dedicated students; an emphasis on teaching—and the time and resources needed to write; and the fact that it’s a beautiful place,” says Sharlet, describing Dartmouth. “I’m also excited by the English department’s approach to creative writing as intimately linked to literary studies. Dartmouth is a place where the students can not only handle those demands but thrive because of them.”

This story was co-authored by Kelly Sundberg Seaman.