The videoconference highlighted a growing list of activities that take place as part of Dartmouth’s relationship with AUK, now in its seventh year. One aspect of that relationship, the AUK Faculty Fellows Program, brings AUK scholars to Dartmouth to work with counterparts in Hanover. AUK Assistant Professor of Computer Science Amir Zeid visited Dartmouth in summer 2010 to work with George Cybenko, the Dorothy and Walter Gramm Professor of Engineering. Struck by the relatively low proportion of women studying computer science at Dartmouth and elsewhere in the United States—in sharp contrast to AUK, where a high percentage of computer science majors are women—Zeid approached Denise Anthony, associate professor and chair of sociology and research director at ISTS, with the idea of launching joint research on the issue, beginning with the October videoconference.

“I began my formal research on how cultural issues affect women’s enrollment in computer science academic programs in May 2010, using Kuwait as a case study,” said Zeid. “The videoconference was a great learning experience for all of us, and I hope it leads to a long term research collaboration with Dartmouth.”

“All of us truly felt that we were sitting in one room,” added Rehab El Bahey, who moderated the conversation in Kuwait. “The flow of the discussion and the similarities in thoughts and experiences eliminated all time, place, and cultural barriers.” El Bahey is a coordinator in AUK’s Arabian Heritage Project. She was assisted during the videoconference by Christina Chen ’12, a Dartmouth student in Kuwait for the fall term as an intern at AUK.

One Dartmouth participant, Shloka Kini ’13, observed both similarities and cultural and educational differences between her undergraduate experience and that of the women who attend AUK. “It would be mutually beneficial to keep in contact [with this group],” she said, “not only to continue the conversation but to build bonds with other women for future collaboration.” She described the session as “an undeniable connection,” adding, “Perhaps in the future, we will all have changed the world with this conversation about women in computer science.”

“The lack of gender diversity among computer scientists, as in math, engineering, and science more generally, is a significant concern in the United States and here at Dartmouth,” said Denise Anthony. “Collaborations like this provide an incredible opportunity for women in computer science to learn from, and support, one another. We hope this will turn into an ongoing conversation.”

Videoconferencing between AUK and Dartmouth has become a continuing aspect of the institutional collaboration. Web technology allows participants on both sides of the world to erase the physical distance between them. Previous sessions have involved the institutions’ respective writing programs, a joint session of a Dartmouth anthropology and an AUK comparative literature class, and a student-to-student presentation at Dartmouth’s first Student Conference on Global Learning, sponsored by the John Sloan Dickey Center for International Understanding.

The American University of Kuwait, established in 2003, is a liberal arts institution based on the American model of higher education. Dartmouth has worked with AUK since its founding under the terms of a Memorandum of Understanding that involves faculty, students, and staff in both locations. Dartmouth experts in engineering, information technology, library sciences, communications, governance, and other areas routinely visit Kuwait while students, faculty, and staff from Kuwait travel to the United States to work with their counterparts at Dartmouth. Since the relationship began, the two institutions have steadily deepened and expanded their partnership, creating a dynamic, evolving, and unique cross-cultural collaboration.

Description
Guðni Jóhannesson was on campus to give the 2022 Stefansson Memorial Lecture.
Video
Thumbnail 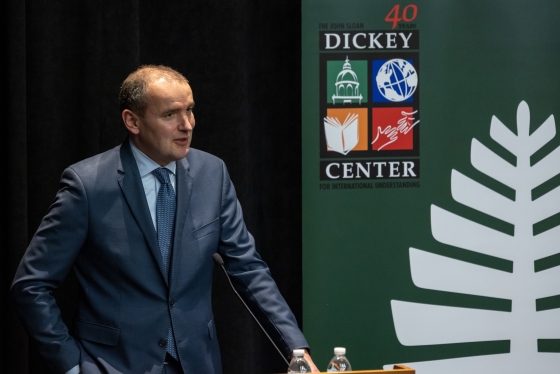 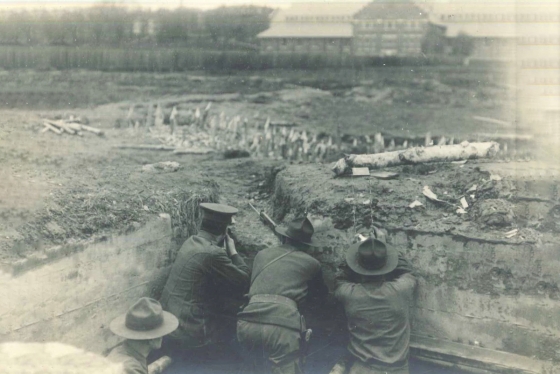