Public debate over the place of religion in society; a puzzle in a magazine; headlines about cultures clashing. Sometimes it’s such fragments of daily life that capture the imagination of a scholar and fuel the desire to understand an idea or an event. Academic research grows from just that source: the curiosity to pursue a topic to its roots, to refine a theory with students and colleagues, and to share discoveries with the wider world. Dartmouth faculty member Graziella Parati shares the big ideas that drive her work as a teacher-scholar. (Preston H. Kelsey Professor of Religion Susan Ackerman ’80 is profiled in the first installment of this story, published November 30, 2010, and Albert Bradley Third Century Professor in the Sciences Peter Winkler is profiled in the third, published December 3, 2010.)

“The ideas of change and innovation in the history of cultures are at the center of my thinking,” says Graziella Parati, the Paul D. Paganucci Professor of Italian Language and Literature, who finds inspiration far and wide. “I draw my ideas from many disciplines: geography, sociology, and philosophy, to name a few.” Taking an interdisciplinary approach “helps me to explore the multiple impacts one event can have.” 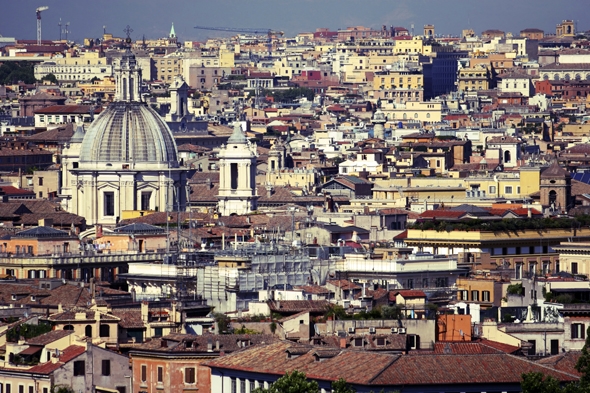 Based in Rome for fall term as the director of Dartmouth’s Language Study Abroad program there, Parati is studying what happens to a culture when large numbers of people migrate to a country. 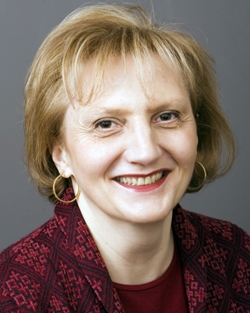 The local issues that capture her attention, Parati points out, “have an impact nationally and, in the end, globally.” Her work will be collected into a book on migration and the urban landscape tentatively titled “New Italian Proximities: Literary and Cultural Alliances in the Space of Migration.”

She recently published a preview of a chapter of that book devoted to the Piazza Vittorio in Rome where different immigrant communities live and work.

“I am particularly interested in the cultural products that emerge: an orchestra with ever-changing membership that has become world famous, a novel that documents the lives of migrants in the square, changes in representations of Italian cities in film,” she says.

Immigration is a newer emphasis for Parati. “In the 1990s, my work was devoted to autobiographical writings and gender studies. I still work in gender studies, but I feel a strong responsibility to write about contemporary migrations to Italy, a country that until the 1970s had only experienced emigration.” Spain and Greece are also being transformed by very recent waves of immigration, she points out, and “offer parallel case studies.”

Such issues make an excellent starting point for collaboration with Dartmouth students, whose “interest in international studies is commendable,” Parati says. She often works with undergraduates doing senior theses who focus on migration studies, as well as graduate students working on masters degrees in comparative literature and other topics. “Dartmouth is a wonderful learning community,” she says, where “the exchange of ideas takes place among academic colleagues as well as between professors and students.”

Alongside her studies of migration, Parati is pursuing another analysis of Italy, one that blends the personal and the academic. “Un-Becoming Fascists: Autobiographical Narratives after WWII,” she explains, is a book-in-progress on the development of democracy in Italy after the Second World War.

Written by
Nancy Fontaine
Share this
FacebookTwitterEmail
In the News