Dartmouth researchers were awarded $11.5 million during September, including $7.9 million in new and competing awards. View the complete list of awards, as reported by the Office of Sponsored Projects. Here, Dartmouth Now spotlights three investigators and their work. 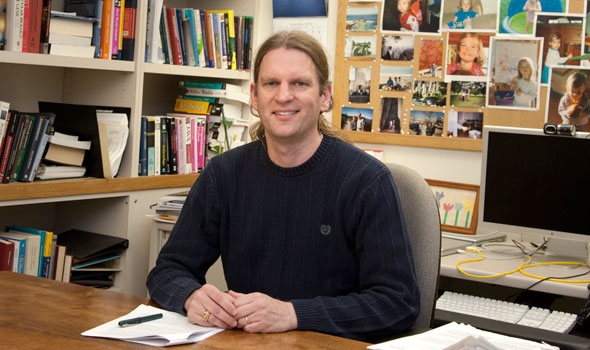 Proteins by design: “In protein design, we seek to modify a natural protein to make it better in some way for a particular application,” Bailey-Kellogg explains. He and his colleagues are altering some enzymes to be better at digesting plant matter for the development of biofuels, while making others less immunogenic for use as biotherapeutics.

Teamwork: Bailey-Kellogg is collaborating Karl Griswold at Dartmouth’s Thayer School of Engineering and is also working with Alan Friedman at Purdue University. Bailey-Kellogg will be organizing a seminar course this spring at Dartmouth that will study computational methods in protein, drug, and vaccine design, and he hopes to attract people with diverse backgrounds and perspectives. 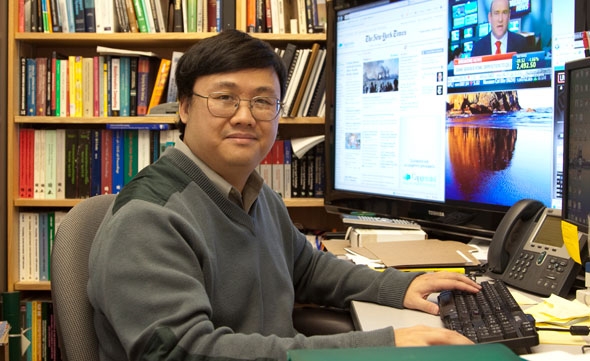 Across the border: Border crossings into the United States (both legal and illegal) are driven by a wide variety of reasons—ranging from individual reasons such as escaping drug cartel violence or H1N1 flu spread to group concerns such as criminal or terrorist activities. “In order to better manage border crossings into and out of the United States and anticipate developing situations and potential crises, modeling the behavior of individuals and groups is an essential component. Without this, we can at best only react to events,” Santos explains.

Pandemic migration: The overarching goal of Santos’s project is to research and develop a formal computational model of why, how, and under what circumstances people would be driven to cross the border both legally and illegally with or without malicious intent with respect to pandemics.

Teamwork: This is joint work with Dr. Eunice E. Santos at the University of Texas at El Paso, director of the National Center for Border Security and Immigration. 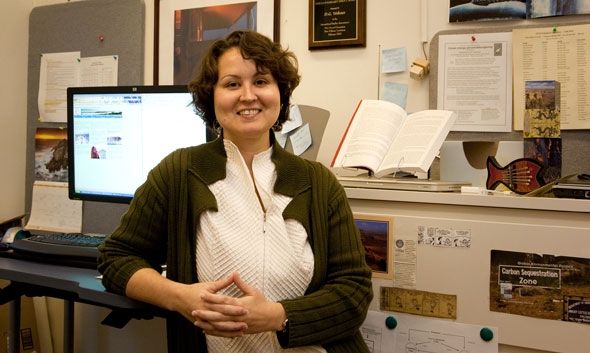 Fishscape: The goal of Webster’s project is to build and analyze Fishscape, a complete computational model of the fishery for tropical tunas in the eastern Pacific Ocean. “By coupling the human and natural elements in the system through the model, we hope to shed light on the complex processes that govern both biological and economic abundance in the fishery,” Webster explains. Webster will also use the model to explore three future metascenarios: climate change, oil shortage, and technological innovation.

Good catch: Webster says her model is important because fishers often withhold their knowledge for strategic reasons. “It will also allow us to explore how things like oceanographic conditions, historical catch rates, communication among fishers, and different investment strategies affect the distribution of catch among fleets from different nations,” she notes.