Endowment returns are up, FY11 budget gap is closed

Dartmouth’s recent efforts to manage its endowment during a period of tremendous market volatility and reduce a projected budget deficit by $100 million are making headway. In September, the College announced that the endowment yielded a 10 percent return for the fiscal year ending June 30, 2010, finishing 2.1 percent higher than the College’s policy portfolio benchmark of 7.9 percent. That news came as the Kim administration continues an aggressive Strategic Budget Reduction and Investment (SBRI) initiative, which has plans in place to close a $54 million budget gap for fiscal year 2011 and is 80 percent of the way toward closing the full $100 million projected gap in fiscal year 2012.
Image

“The recession has had a more profound impact on the economy than anybody anticipated,” says Executive Vice President and Chief Financial Officer Steven Kadish. “President Kim and the Board of Trustees determined that Dartmouth should act quickly to address the structural budget gap and to protect and strengthen Dartmouth’s financial liquidity. Overall, this positions Dartmouth to better weather a slow recovery or future downturns, while giving us the opportunity to take advantage of economic growth.” 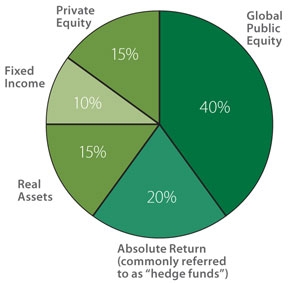 Endowment: As of June 30, 2010, the endowment was valued just below $3 billion, an increase of $173 million, or 6 percent. The change in value reflects increases from investment activity and new gifts and transfers, partially reduced by distributions to cover College spending priorities. Dartmouth historically has relied on its endowment to support nearly 25 percent of its annual operating budget.

The College’s peer institutions also showed signs of endowment recovery in 2010. Yale reported an endowment return of 8.9 percent for the year, while Harvard’s was 11 percent, and Princeton’s 14.7 percent. Columbia led the Ivies with a return of 17 percent.

“Dartmouth’s endowment performed well across nearly every asset class,” says Trustee William Helman ’80, chair of the Board’s Investment Committee. “The return of 10 percent was outstanding given the focus on risk management and liquidity.” Domestic equity returned 14.7 percent, international equity returned 13.3 percent, and emerging markets returned 29.9 percent. These asset classes, along with marketable alternatives and private equity, drove most of the return for the fiscal year. The lone laggard was real estate, whose minus 28.6 percent return echoed similar disappointing results for fiscal year 2009. 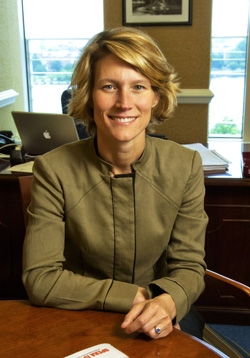 Says Helman, “Our investment team has done a superb job of managing the portfolio in an uncertain and volatile environment. While delivering good returns has been the focus, the team has also improved the liquidity of the portfolio while simultaneously reducing risk. We’re also fortunate to have outstanding external managers working on Dartmouth’s behalf.”

Helman adds that future endowment performance will benefit from the recent appointment of Pamela L. Peedin ’89, Tuck ’98, as chief investment officer (CIO), effective February 1, 2011. Peedin, who has served as CIO of Boston University since May 2007, will oversee Dartmouth’s investment office and the strategic management of the endowment. She succeeds David Russ, who resigned as Dartmouth CIO in June 2009. “Pam has demonstrated a keen ability to construct portfolios and select funds,” says Helman. “Her appointment reflects Dartmouth’s desire to further strengthen its top-tier investment organization.”

Along with its strategic investments, the College has changed its endowment distribution formula to reduce the distribution rate from 7.1 percent in 2010 to a more conservative 5.4 percent in 2011. The rate will drop further, toward 5 percent by 2014. “This provides sustainable, strong financial stewardship of our endowment toward support and growth of Dartmouth’s academic mission,” Kadish says.

Dartmouth’s Budget: How We Have Reduced the Gap (Source: Dartmouth’s Finance and Administration)

Strategic Budget Reduction and Investment: Steps to close Dartmouth’s projected $100 million deficit and raise revenue have included negotiation of contracts with key vendors to reduce spending on common products and services; workforce expense reductions through retirements, layoffs, and adjustments to fringe benefits; reinstatement of the loan component of financial aid packages to students from families with more than $75,000 in earnings; and new initiatives to increase annual giving to the College. The SBRI process began in October 2009 with cost-cutting and revenue-generating ideas from faculty, staff, students, and alumni, and intensified when the trustees approved the SBRI plan in February.

“Dartmouth is financially strong,” says Kadish, “but for our long-term budget to be healthy, we need the rate of growth of revenues to exceed that of expenses. We’ve made great progress, but the work isn’t finished until we close the remaining gap.”