The American Association for the Advancement of Science (AAAS) has elevated four Dartmouth professors to the rank of Fellow. Professor of Biological Sciences C. Robertson McClung and Dartmouth Medical School faculty members Charles K. Barlowe, PhD, Ta-Yuan Chang, PhD, and William T. Wickner, MD, are among the 504 new Fellows named in December 2010. They join a field of eight other Dartmouth researchers to have earned the distinction. “It’s wonderful to see so many colleagues recognized as AAAS Fellows,” says Provost Carol Folt. “It is a remarkable achievement for them as scholars and researchers and reflects the high caliber of scientific study under way throughout the College.” 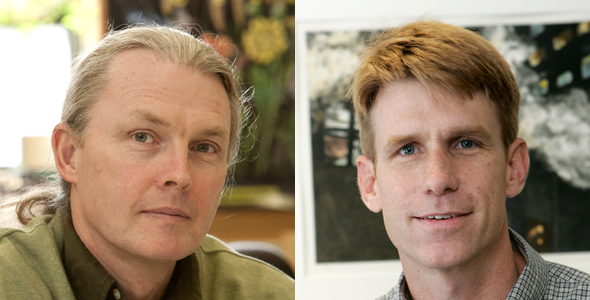 McClung was recognized by the AAAS for “distinguished contributions to the field of plant circadian rhythms, and for academic leadership at Dartmouth College and the American Society of Plant Biologists.” “I am delighted and honored by this recognition,” he says. “However, the accomplishments that are recognized represent the collaborative efforts of a large group of extraordinarily talented and hard-working students and postdoctoral researchers, without whom none of this would have been possible,” he continues. “Our biggest current challenge is to understand how the clock mechanism influences crop growth and yield, with the ultimate goal being to manipulate the plant clock to enhance agricultural production.”

“Dartmouth has long been a place where important research occurs,” notes Dartmouth Medical School Dean Wiley “Chip” Souba, MD. “Having the quality and breadth of our distinguished scientists’ work honored in this way is especially gratifying and recognizes the individual and interdisciplinary achievements that distinguish Dartmouth science and medicine.”

Barlowe, professor of biochemistry, was recognized for “distinguished contributions to the field of protein and lipid trafficking, particularly for elucidating molecular mechanisms of vesicular transport between endoplasmic reticulum and Golgi complexes. 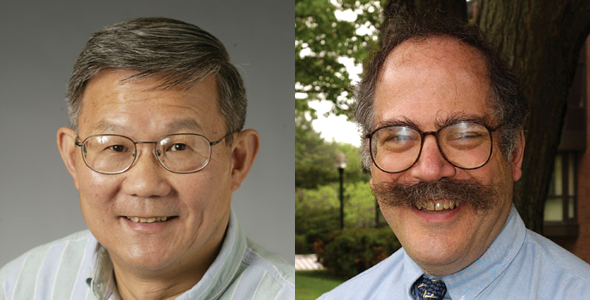 Chang, professor of biochemistry, was recognized for “distinguished contributions to the understanding of cholesterol metabolism and its role in human disease.”

Wickner, the James C. Chilcott Distinguished Professor of Biochemistry, was recognized for “his singular efforts in the isolation and characterization of the bacterial secretory protein translocation complex and the complete machinery for yeast vacuole fusion.”

The tradition of AAAS Fellows began in 1874. AAAS is the world’s largest general scientific society, and publisher of the journal Science. AAAS was founded in 1848 and includes some 262 affiliated societies and academies of science, serving 10 million individuals.