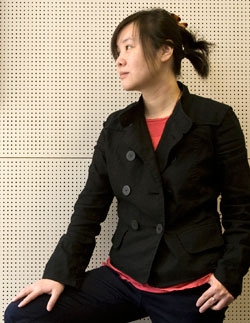 On February 8, 2011, Other Minds Records will release a new CD by Associate Professor of Music Kui Dong. Since When Has the Bright Moon Existed? is a collection of world-premiere works composed by Dong and performed by various artists.

The major piece, “Shui Diao Ge Tou and Song,” was commissioned by the Jerome Foundation and is performed by the San Francisco choir Volti, led by conductor Robert Geary. Geary also presents the “Let Frogs and Crickets Carry It On” with the Piedmont Children’s Choir of Oakland, Calif. Professor of Music and pianist Sally Pinkas performs a set of three works, “Miniatures V-VII,” with pianist Evan Hirsch. The Chinese music ensemble Melody of China is paired with the Del Sol String Quartet for Dong’s seasons cycle “Spring, Summer, Autumn and Winter,” which was commissioned by music promotion and advocacy organization, Meet the Composer. 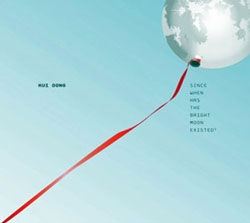 Professor Dong’s new CD of works she composed will be released on February 8, 2011. (photo courtesy of Other Minds)

“I’m extremely happy to see the CD coming out,” said Dong. “It was a difficult recording to make. The instrumentation is so various and involves large groups of performers. I am very proud of the final product and appreciative of everyone who worked on and supported this project.”

Dong grew up in China and immigrated to the United States in 1991. She earned a doctorate in composition from Stanford University and joined the Dartmouth faculty in 1997. Dong also plays free improvisation on piano with Dartmouth colleagues Larry Polansky, the Jacob H. Strauss 1922 Professor in Music, and Christian Wolff, Strauss Professor of Music Emeritus.