Dartmouth Professor to Participate in Symposium on Salon Culture

Faith Beasley, professor of French and women’s and gender studies, will be a principal speaker at the 33rd annual Brown Symposium, to be held at Southwestern University in Georgetown, Texas, from February 23-25. Entitled “Think – Converse – Act:  The Salon and Its Histories,” the symposium will explore the far-reaching and interdisciplinary effects of salons on both the historical and contemporary world. Beasley, who has authored two books on the subject—Revising Memory:  Women’s Fiction and Memoirs in Seventeenth-Century France and Salons, History and the Creation of Seventeenth-Century France: Mastering Memory—will be one of three keynote speakers and 11 invited guest experts at the symposium. 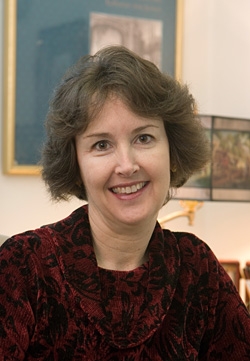 On February 24, Professor Faith Beasley will speak on salons in the age of Louis XIV at the 33rd annual Brown Symposium. (photo by Joseph Mehling ’69)

“For over 20 years, I have been fascinated by salon culture, specifically during the seventeenth century in France, and have examined the impact of conversation in the salons on the development of literature, philosophy, and culture in general,” says Beasley. “The colloquium is bringing together specialists of various disciplines who approach the subject of conversation in different ways. I always enjoy being part of this kind of conversation that spans centuries and cultures.”

Beasley will present her lecture, “Conversing with the World: Salons in the Age of Louis XIV,” on Thursday, February 24, at 10:30 a.m. Eastern Standard Time (9:30 CST). The symposium, including Beasley’s lecture, will be available via free live webcast.