Dartmouth’s United Way Campaign will wrap up its highly successful fundraising drive with a free concert by Dartmouth a cappella groups the Cords, the Rockapellas, and the Sing Dynasty. The concert will take place on Tuesday, February 15, 2011, from 12:15 to 1 p.m. at Collis Common Ground. 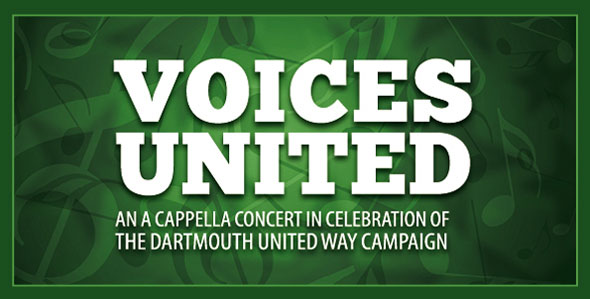 The wrap-up celebration will also include light refreshments and the prize drawing for the campaign’s raffle. Everyone who donated to the campaign is eligible for the raffle, which was announced on January 21. Among the prizes are tickets to the Dartmouth Skiway and the Hopkins Center, a meal at the Hanover Inn and food vouchers from Dartmouth Dining Services, and a Flip video recorder.

The 2010-11 campaign is more than 9 percent over its $225,000 goal, reaching the third largest total in Dartmouth history. Nearly 600 donors contributed, the highest number since 2006 and a nearly 17 percent increase over last year.