Dartmouth Admits 9.7 Percent of Applicants for Class of 2015 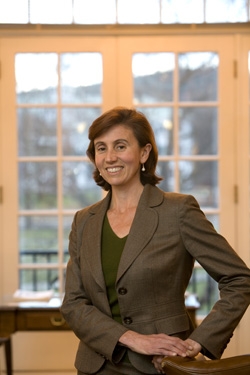 Maria Laskaris ’84, Dean of Admissions and Financial Aid, reports that Dartmouth experienced a sizable increase in the number of applicants as well as in the level of academic achievement and the diversity of the applicant pool for the Class of 2015. (photo by Joseph Mehling ’69)

After processing 22,385 applications, a College record, Dartmouth is offering admission to 2,178 students, or 9.7 percent of the applicant pool, to the Class of 2015. The total offered admission includes the 444 students admitted through early decision. In 2010, the rate of admission was 11.5 percent which, at the time, was the most competitive year the College had ever experienced.

Maria Laskaris ’84, dean of Admissions and Financial Aid, noted the ongoing challenge brought about by the heightened selectivity of the admissions process. “On top of a decade of steady growth in the applicant pool, this year we experienced a sizable increase in the number of applicants as well as in the level of academic achievement and the diversity of our applicant pool.”

Laskaris credits the College’s partnership with Questbridge in helping to broaden the socioeconomic diversity and academic strength of the applicant pool. Questbridge is a non-profit program that links bright, motivated, low-income students with educational and scholarship opportunities at highly selective colleges and universities.

After a one-time increase in the size of the incoming class of 2014, the projected enrollment for the Class of 2015 will return to prior levels. “After consultation with faculty and senior officers, our goal is to matriculate 1,100 first year students in September,” Laskaris said. “We will continue to consider the question of optimal size of the student body, particularly within the context of the strategic planning process.”

The Class of 2015 was selected in a fully need-blind process.  Approximately half of the entering class will receive need-based financial aid awards and the total undergraduate financial aid budget is projected to grow to $80 million. This year, the College has reintroduced modest loans into the financial aid awards for those students whose family incomes are greater than $75,000.

“We are committed to working with families,” said Laskaris, “and we will of course match any need-based financial aid awards from our Ivy peers. We feel strongly that students should base their matriculation decision on factors such as academic opportunities and ‘fit,’ not on small differences in the amount of financial aid they receive.”

Other facts and figures about the Class of 2015 include:

Of those ranked by their secondary schools, 40 percent are valedictorians and 10 percent are salutatorians. In total, 94 percent are in the top 10 percent of their class. The mean SAT scores are: 734 for Critical Reading, 740 for Math and 744 for Writing. 44% are students of color. Nearly 11% of the group admitted are students who are first generation college students. 186 legacy applicants, representing 8.5% of the overall admitted group, have been admitted to the Class of 2015. 7.3 percent of the admitted group are international students. 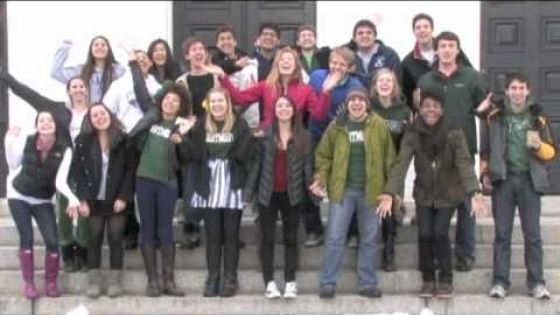 Admissions decisions were made available on the Admissions website beginning at 5 p.m. on Wednesday, March 30.  The Admissions Office is also set to debut communications and programming for admitted students, beginning with an all-day video chat marathon—dubbed “chat-apalooza” by the Admissions staff—on Saturday, April, 2.

The centerpiece of the office’s yield activities is the Dimensions of Dartmouth program, a three-day, two-night program for regular decision admitted students that runs from April 14 through 16.