A Passion for Learning: Saryah Azmat ’11 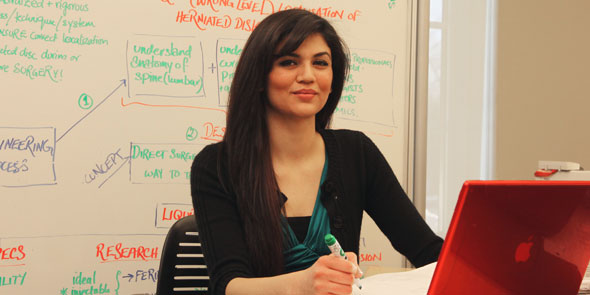 One of four children growing up in Islamabad, Azmat lost her father to cancer when she was 11 years old. “I’ve always been a hard worker, and education was very important to my father,” she says. When Azmat was accepted to a United World College (UWC) international program for her last two years of high school “it changed my life,” she says.

Azmat says her mother “defied the norms” of Pakistani society by sending her—at 16 years old—to school in another country. “But she told me ‘I know you can do it,’ even though I knew she needed help taking care of my younger brothers. I’m so grateful to her for that.”

At UWC Atlantic, located in Vale of Glamorgan, Wales, Azmat studied with 300 other students from about 80 different countries. “There was no concept of people of color,” she says. “There was no distinguishing. We saw people for who they are.”

Once in Hanover, Azmat says Dartmouth “was amazing right away. It is such a diverse, supportive community. Dartmouth propelled me forward, and I was able to take my ideals and put them into action.” Azmat credits the Davis United World College Scholars program (see below) and the College’s strong financial aid program with making it possible for her to attend.

Academically, Azmat dove into research. She was a Women in Science Program intern; an intern at a biomedical research center in Milan, Italy; a Howard Hughes Medical Institute Fellow; and a Presidential Scholar. “It’s amazing to work one-on-one with professors at Dartmouth and not just be a ‘lab rat,’ but really help design the study,” she says. Corporate recruiters she has met with this year “can’t believe how much research experience I have.”

On campus, Azmat has served as an undergraduate advisor for the past two years. She expanded a program for international students to meet local families, and she heads up the student chapter of the IEEE engineering association at Thayer School of Engineering. She speaks frequently at campus events about topics such as the UWC, academic advising, and diversity.

Azmat is currently taking four engineering courses and working on a senior honors thesis on pancreatic cancer. She plans to complete her BE in biomedical engineering in four years, rather than the standard five. With her sights set on helping to develop innovations in engineering and medicine, her next step is the business world, possibly in biotechnology. “In order to make a system work, you have to understand all aspects of it,” she says.

Though her educational journey hasn’t always been easy—she’s only traveled home to Pakistan twice in the last four years—Azmat says she couldn’t feel more fortunate. “I’ve talked with Dartmouth alumni, and now I realize why they love this place so much. I can’t let go of my passions and ideals because I know that everyone’s investment in me is to help make a better world.”

’To Stimulate Leaders of the Future’

Since 2000, the Davis United World College Scholars Program has supported nearly 3,000 outstanding scholars from around the world who are graduates of a United World College (UWC) international secondary school. The program partners with undergraduate institutions to meet the scholars’ financial needs throughout their four-year degree programs. 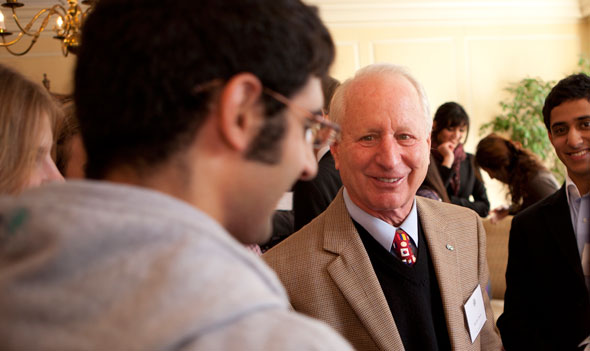 Dartmouth became a Davis partner institution in 2004 and currently enrolls 91 Davis scholars from 51 countries. They comprise one quarter of Dartmouth’s international students and about 2 percent of the entire student body. In 2007, Dartmouth enrolled more Davis UWC students (35) than any of the participating U.S. schools, which number 91 and include all of the Ivies.

Maria Laskaris ’84, dean of Admissions and Financial Aid, says, “We’re pleased to work with the Davis United World College Scholars Program and to welcome some of these remarkable students to Dartmouth. Because they have spent two years at high schools that are both academically challenging and unusually diverse, UWC students are well-positioned to take advantage of everything Dartmouth has to offer.”

In a 2010 report, philanthropist and co-founder of the Davis program Shelby M.C. Davis said, “I’m trying to stimulate leaders of the future to make a difference through the grounding in education that I’m helping to give them.”