Adina Roskies, an associate professor in the department of philosophy, has been awarded a New Directions Fellowship by the Andrew W. Mellon Foundation. 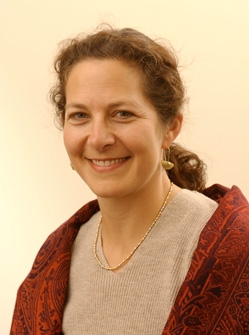 Philosophy Professor Adina Roskies has been awarded a Andrew W. Mellon Foundation New Directions Fellowship, which supports humanities and arts faculty who have earned a PhD in the past 5 to 15 years and wish to receive training outside their disciplines. (Photo by Joseph Mehling ’69)

Mellon New Directions Fellowships support the work of faculty members in the humanities and arts who have earned a PhD in the last 5 to 15 years. Fellows pursue training outside their own disciplines; the awards also “benefit humanistic scholarship more generally by encouraging the highest standards in cross-disciplinary research,” according to the Foundation’s website. Recent Dartmouth recipients include Larry Polansky, the Jacob H. Strauss Professor in Music, and Susanne Freidberg, associate professor of geography.

Roskies will use her award to study law for a year at Yale Law School, enrolling in their Master of Studies in Law (MSL) program. Roskies, a philosopher and neuroscientist who explores how long-standing philosophical questions can be informed by scientific facts, is an expert in the field of neuroethics. Her interest in the law stems from her involvement with the MacArthur Project in Law and Neuroscience from 2007 to 2010, which brought lawyers and judges together with philosophers and neuroscientists.

“A sophisticated understanding of law will put me in the best possible position to explore the nexus between law, philosophy, and neuroscience, and will open up new avenues of research to me,” says Roskies of her desire to study “neurolaw,” the melding of neuroscience and law and a natural extension of neuroethics.

She continued “This training will give me, as a philosopher, the unusual opportunity to affect the real world by enabling me to write about important contemporary problems for society in ways that could influence legislation, legal interpretations, and public sentiment. It is ultimately by means of policy or of implementation changes that we can improve the efficacy of our legal system and the justice delivered.”

In addition to her Yale studies, Roskies plans to spend two summers at Stanford Law School working with Hank Greely, one of the world’s authorities on the biosciences and law. “At Stanford, I will undertake research and writing projects that capitalize on my legal education and apply it specifically to issues in law and neuroscience,” she said, adding that experience in legal research and writing will enable her to better write about “neurolaw for the layperson. I believe accessible but sophisticated popular writing is critical for having the informed and engaged citizenry that a well-functioning democracy deserves.”

Currently, Roskies is coediting a primer on law and neuroscience with Stephen Morse. She is the author of some 50 articles published in academic journals, including one for which she was awarded the William James Prize by the Society of Philosophy and Psychology.