Assistant Professor of Psychological and Brain Sciences Ming Meng has been awarded a NARSAD Young Investigator Grant. The grant, made by the Brain and Behavior Research Foundation, provides $30,000 each year for two years to support his study of the neural mechanisms involved in perceiving emotion. These mechanisms underlie normal social interactions and are deficient in people with autism. 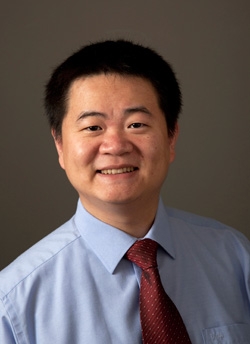 Meng’s project will focus on categorical emotion perception, the visual system’s ability to organize the world into distinct object classes, and how a gradual image change can lead to a categorical decision in emotion detection. Based on studies that showed the left and right hemispheres of the brain responding differently to face-like images, Meng and students in his lab will compile a set of stimuli ranging from neutral to emotional (for example, from a straight face to a laughing face). Pattern analysis of functional MRI data will be used to identify which part of the system is involved in categorical emotion perception. Working with the neuroimaging results they obtain, the research team hopes to develop a neural model that will help analyze which processing deficits lead to the disabilities in emotion perception that are characteristic of autism.