Last summer, Dartmouth’s Mary Flanagan, the Sherman Fairchild Distinguished Professor in Digital Humanities, began collaborating with the Mascoma Valley Health Initiative (MVHI) on “POX: Save the People,” a game that helps players better understand how vaccines protect the population from the spread of infectious disease. The game hit the shelves in March, and its release could not be more timely, coming on the heels of a recent British Medical Journal article that showed fraudulent data provoked an international scare linking autism to the measles, mumps, and rubella vaccine. It also follows the December publication of “Deadly Choices: How the Anti-Vaccine Movement Threatens Us All,” a new book by infectious disease specialist Dr. Paul Offit who asserts that the vaccine scare has led to a resurgence of deadly, once-preventable diseases.

“Our game actually helps a player understand how a disease can spread from one place to another and how an outbreak might happen,” says Flanagan, who designed the game with Max Seidman ’12, Alicia Driscoll ’11, and research assistants in Dartmouth’s Tiltfactor Lab including Sukdith Punjasthitkul ADV’98, Zara Downs, and Mike Ayoob, a visiting intern from the University of Southern California. “As you play the game, you work with the other player to stop the disease and death in the population. Players really experience how things get out of control very quickly with an unvaccinated population.” 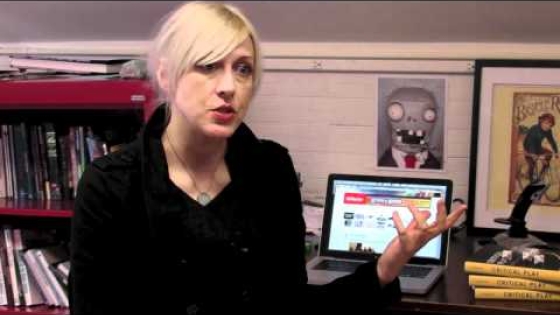 Tiltfactor also worked with Martin Downs, the director of public health programs for the MVHI in Canaan, N.H., and Edward Ihejirika, the group’s program coordinator, who both helped test the game and advised on its educational components. Downs had previously served as an advisor on Tiltfactor’s malaria control game “In the Village” and thought a game might also prove an effective way to educate people about the importance of immunization.

“A game seemed to me an ideal way to demonstrate how herd immunity works,” says Downs, explaining that herd or ‘community’ immunity is the idea of protecting a community against certain diseases by vaccinating a high percentage of the community’s population. “There is a lot of pernicious misinformation out there about the safety and benefits of vaccines that’s hard to counter just by saying it’s false. This game shows players plainly how getting vaccinated is not merely a personal choice but a choice that affects everyone else as well.”

Flanagan adds that the game “gets the point across about those weak links,” meaning people who aren’t immunized, without being preachy. “On the one hand the game is kind of cute, it’s abstract, it can be similar to playing the game ‘Go’ in a way,” she says. “But it also has this curricular element that doesn’t hit players over the head. By playing the game you actually get the message about how easy it is for diseases to spread among the population, especially when there are immunocompromised people on the board with whom to contend.”

Downs says that MVHI will distribute POX to Upper Valley middle and high schools for use in science and health classes. The game is designed for grades 6 through 12 and includes a teacher’s guide for classroom use. An online version of POX will soon be available, and an iPad app is also in the works. Flanagan prefers the board game as a teaching tool, however, because “board games are actually better for a group discussion -- they bring people together to talk and debate.”

Additionally, she is releasing “print and play” versions of POX and other Tiltfactor games in downloadable PDF form on the lab’s website.

“We’re trying to make sure our games are accessible, especially for the Boys and Girls Clubs or large youth programs or nonprofits that are facing tighter and tighter budgets,” says Flanagan. “We did this with our brainstorming tools, the “Grow a Game” cards, where we offered online some PDFs of the early card versions for audiences in need. Now, we’ll sell a PDF for a much lower price, and organizations can print the games out for larger groups and color directly on the print-out instead of playing with plastic game pieces. It might not be the optimal play experience this way, but it is viable for certain situations.”

POX retails for $22.95 and is available for purchase at the Tiltfactor website store.