Alumna Returns to Campus with CBS and Comedian Mo Rocca

Many Dartmouth graduates return to campus, but not all bring a television crew and a popular comedian. CBS Sunday Morning producer Mary Lou Teel ’78 did just that recently when she and Mo Rocca taped a segment about a Dartmouth cabin-building effort on Gilman Island. The piece is scheduled to air on CBS Sunday Morning, which is broadcast at 9 a.m. ET, on May 29. (It was originally scheduled for May 22.)

“We had two days of glorious weather in one of the most beautiful corners of the world, ” said Teel, who traveled to and from the island with CBS cameraman Eric Teed via a pontoon boat. Rocca and the students paddled in canoes. “The students were enormously generous with their time and talents, and made us feel right at home. Eric even tried the rope swing, and pronounced it the best day ever.”

Teel first learned of the project to rebuild Titcomb Cabin from Rocca, who read about it in Popular Mechanics magazine. Rocca is a correspondent for Sunday Morning and a panelist on National Public Radio’s Wait Wait… Don’t Tell Me! “Mo had never built a cabin before, and really wanted to learn how to use a chain saw, so it seemed like a fun piece to include in our Design Show. ” Teel added that she considered it part of her job as the producer to make sure Mo arrived back in New York with all his limbs. 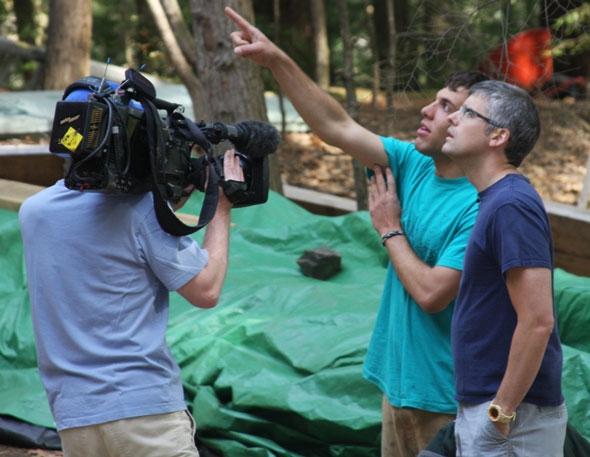 Teel has worked at CBS News since 1979, and at Sunday Morning for more than 25 years. She is proud of Sunday Morning’s success. “It always surprises and delights me how many fanatically loyal fans we have,” she said, “and our audience is actually growing despite the current climate in network television.” The show averages about 5.35 million viewers per episode.

A member of one of Dartmouth’s first coeducational classes, Teel said part of the reason she attended Dartmouth was because her father Allan Howard Teel ’50 is a graduate, as are two of her brothers, Dr. Allan (Chip) Teel ’73, and Steven Teel ’74. “I decided early on that if they could go to Dartmouth, I could too. ” she said. “I never looked anywhere else.” She majored in comparative literature, spent a term in the Soviet Union in the summer of ’76, worked for the college television station in Fairbanks Hall, and helped start the women’s ice hockey team.

“Those first years of coeducation were very challenging for many women at Dartmouth,” Teel said, “but from what I could see during my days in Hanover, those days are long gone.”

View photos from Teel’s May 12 and 13 visit on the Dartmouth Flickr site. 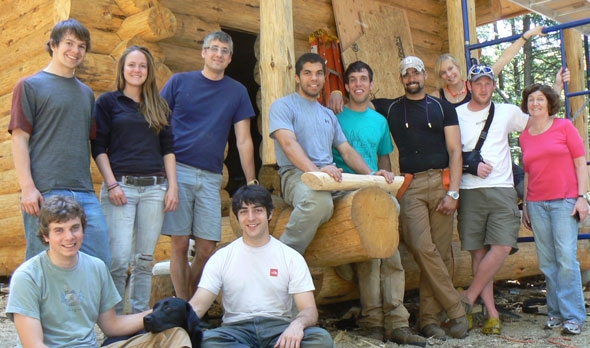