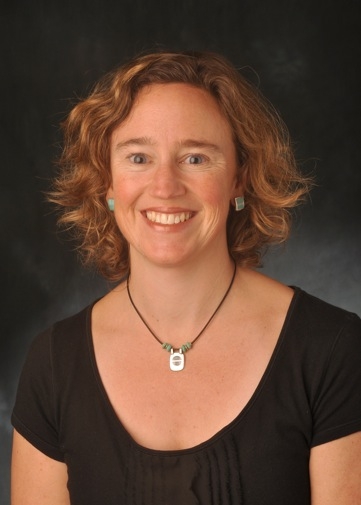 WISP alumna Amy Palmer ’94, PhD, assistant professor of chemistry and biochemistry at the University of Colorado, Boulder, returns to Dartmouth as the keynote speaker for the 20th anniversary Wetterhahn Symposium. (photo courtesy of Amy Palmer)

Events planned for Thursday and Friday, May 19 and 20, will bring together Dartmouth alumnae, undergraduates, graduate students, post-doctoral fellows, and faculty to share experiences, exchange ideas, and discuss strategies for success in their chosen fields.

WISP alumna Amy Palmer ’94, PhD, assistant professor of chemistry and biochemistry at the University of Colorado, Boulder, is the keynote speaker for the Wetterhahn Symposium. Palmer speaks on Thursday, at 4 p.m. in 104 Wilder Hall. Following the keynote address, the Wetterhahn Science Symposium student research poster session will take place in Fairchild Tower, from 5 to 7 p.m. Student posters will also be on view from 8 a.m. to 2 p.m. on Friday.

Other events scheduled for Thursday include an alumnae panel and a mentoring workshop.

Dartmouth’s annual celebration of undergraduate scientific research on campus is named for the late Karen E. Wetterhahn, who was a professor of chemistry and the founding director of Dartmouth’s Toxic Metals Research Program. She died in 1997 at the age of 48 as a result of a laboratory accident involving a highly toxic mercury compound. Wetterhahn was known to students and colleagues as a dedicated teacher and mentor. At the time of her death, she was Dartmouth’s Albert Bradley Third Century Professor in the Sciences.

WISP was co-founded in 1991 by Wetterhahn and Carol Muller ’77, former associate dean for administration at the Thayer School of Engineering. The project was implemented in order to address the disproportionately low number of women in science, mathematics, and engineering by enhancing the experience of Dartmouth’s first-year women and providing students with support beyond the classroom.

WISP has grown steadily since its inception. The number of women majoring in the sciences at the College has more than doubled since it began, from 45 science majors in 1990 to 102 in 2010.

Over the years, WISP has sought to provide more programs for participants. It began by offering first-year research internships, which pairs first-year women with faculty researchers. WISP has since launched additional programs to further its impact, including peer mentoring, which unites upper-class women and first-year women; science teaching seminars for faculty; and WISP’s two–year pilot e-mentoring program that became the foundation for MentorNet, an electronic mentoring network that supports diversity in science and engineering. 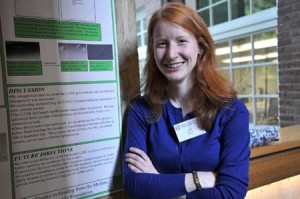 Kathy Weaver, assistant director of WISP, has seen the program thrive during her time at Dartmouth. “I have been with WISP since 1996 and what impresses me on this 20th anniversary occasion, besides our inspirational students and dedicated faculty research sponsors, is that the core elements of our program—mentoring, early hands-on research experience, role models, access to information, and a sense of community—continue to be essential for women’s persistence in science, math and engineering.”

“WISP has had a big impact on my interest in science at Dartmouth, and I know it has done the same for many other undergraduate pre-med and science students,” says Joyce Njoroge ’11, who, with Lauren Morrell ’11, is the co-peer mentor coordinator of WISP. “The peer mentorship program has been statistically shown to help retain science majors and minors among the female students on campus."

In this program, she explains, first-year women are paired with upper-class women based on similar academic and extracurricular interests. “The women talk about time management for their other activities and classes, keeping up academic excellence, and even just what they’ve heard through about professors or courses they may have to take,” says Njoroge, a biology major.

While WISP has been greatly successful at Dartmouth, Margaret Funnell, director of the Women in Science Project and assistant dean of faculty for undergraduate research, notes there is always room for improving the presence of women in the sciences. “Despite the gains women have made in the sciences at Dartmouth and at the national level, there is still much work to be done. Women remain underrepresented in fields such as physics, math, computer science, and engineering,” says Funnell. “WISP will continue to work to address these disparities by providing Dartmouth women with opportunities to connect with faculty, peer mentors and engage in faculty-mentored research.”