Experts Come to Dartmouth to Discuss Future of US Economy

Dartmouth will host a panel discussion Thursday, May 12, on the state of the U.S. economy featuring several nationally recognized experts on the topic. 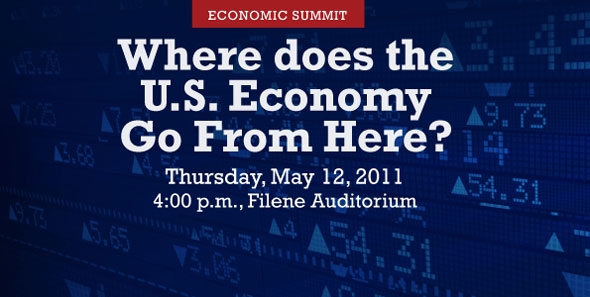 “Where Does the U.S. Economy Go From Here?” will take place in Filene Auditorium in Moore Hall from 4 to 5:30 p.m. The event is co-sponsored by the President’s Office and the Office of the Dean of Faculty. The panelists are:

The discussion will be moderated by David Blanchflower, the Bruce V. Rauner 1978 Professor of Economics, and is open to the public.

While at Dartmouth, the panelists will visit classes, participate in lectures, meet with students, and take part in other activities. On Thursday and Friday, Keene will broadcast both his three-hour morning radio show, which runs from 7 to 10 a.m., and his one-hour noontime television show live from the College. Surveillance Midday will be broadcast from the Kemeny-Haldeman Courtyard.