Throughout the spring season, and especially in the last two weeks, the women’s tennis, women’s lacrosse, and baseball teams have torn through the competition. All three defeated Harvard University at the end of their seasons to finish first in their respective divisions, and two of the teams—baseball and women’s lacrosse—are playing in Ivy League tournaments, beginning Friday, May 6. Below is a brief recap of the teams’ seasons.

Following a four-game sweep against Harvard, and a win over Hartford on May 2, the baseball team has won 11 straight games and 24 straight at home. Both streaks are currently the longest in the country. The team finished first in the Red Rolfe Division for the fourth straight year, and they face Princeton May 7 for the Ivy League championship. (The Ivy League also includes the Gehrig Division, of which Princeton is a member.) 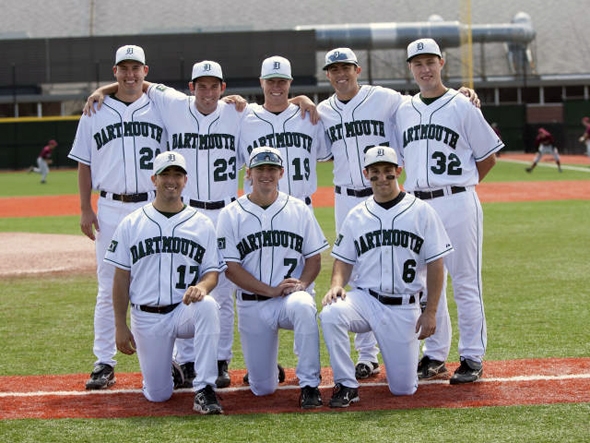 The seniors, who have won two Ivy League championships, are now the “winningest” class in Dartmouth baseball history, with a record of 106 wins and 64 losses.

Speaking of winning streaks, the No. 14 Dartmouth women’s lacrosse team stunned Maryland, the No. 1 team in the country, when it ended the Terps’ 28-game winning streak. 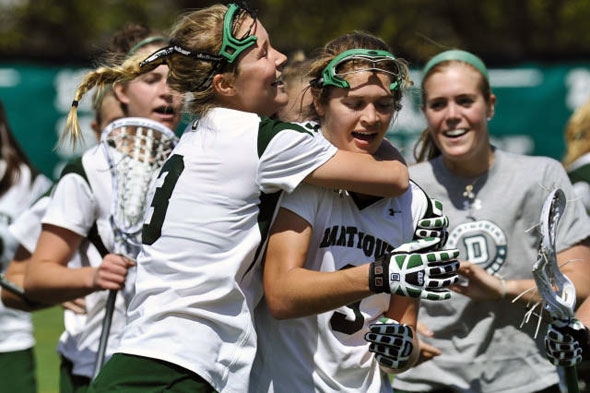 From left: Kelsey Johnson ’11 and Sarah Plumb ’12 celebrate after defeating Maryland, the #1 team in the country. (photo by Doug Austin)

The women’s tennis team’s dominant season involved wins over every Ivy League opponent except one. Dartmouth, which was at one point ranked No. 75 in the country, climbed back to No. 54 after beating the higher ranked Harvard on April 23 in front of a huge crowd of Big Green fans in Cambridge. 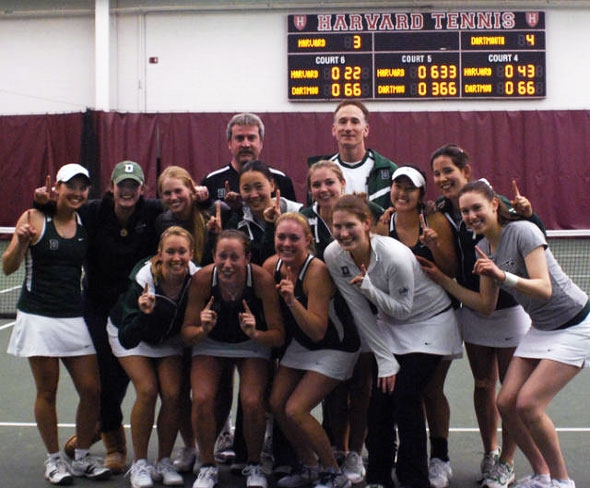 Their exciting 4-3, come-from-behind victory gave the program its first-ever Ivy League title. Dartmouth shares the title with Yale, who also finished 6-1 in the Ivy League.