Project Preservation brings together 12 to 15 Jewish and non-Jewish Dartmouth undergraduate volunteers every summer on a week-long service trip to restore Jewish cemeteries in locations throughout Eastern Europe. 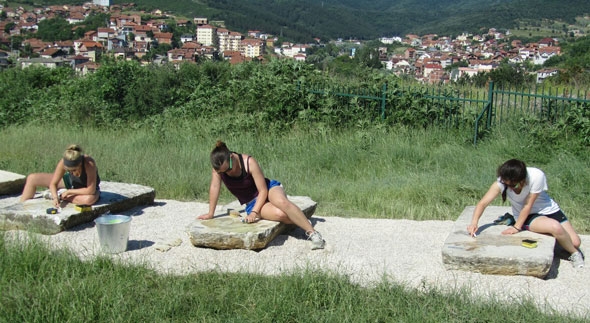 From left, Lauren Pace ’12, Kaila Pedersen ’14, and Susan Matthews ’11 work in a Jewish cemetery near Prishtina, Kosovo as part of Project Preservation 2011. (photo by Steven Glazer)

The trip is preceded by a 10 week course that examines the history of the Holocaust and the community the group will visit. The course offers no academic credit; students volunteer their time. It serves as “a learning of the heart,” according to Rabbi Edward Boraz, the Michael Steinberg ’61 Rabbi of Dartmouth College and executive director of Dartmouth Hillel.

Taking part in Project Preservation allows students a multifaceted examination of genocide both in class and at the sites of the atrocities, an unmatched experience for many of them.

“Genocide is a human problem,” says Boraz. “When genocide happens, it impacts not only the generation that has been lost, but generations to come. When you’re in the cemetery, you realize but for the ancestors of the people being killed, the descendants would be doing this. You’re able to see a loss of culture, a loss of people in a way you can’t experience through a classroom setting or through a film.”

Susan Matthews ’11, who went on her first Project Preservation trip to Ukraine in 2008, found the site visits crucial. “No matter how much one reads it always seems slightly surreal. Seeing the horror of Auschwitz-Birkenau left me with a number of emotions that were very hard to deal with and that’s where working in the cemetery comes in,” Matthews says. “Though it might sound like a grim task, I found that doing work in the cemetery was actually very peaceful. Taking those terrible feelings of Auschwitz and turning them into the motivation to rebuild was a productive way to use that emotion.”

The restoration project location in Kosovo provides the opportunity for a true examination of both recent and historic events. According to the U.S. State Department, more than 6,000 Kosovar Albanians were victims of mass murder and 90% of Kosovar Albanians were forcibly removed from their homes at the hands of Serbian forces between March and June of 1999.

For Boraz, this recent history and Kosovo’s connection to the Holocaust—an Albanian Muslim leader encouraged followers to protect Kosovar Jews—provided a strong historical context to pursue cemetery preservation in the country, as well as memorializing those who perished in Kosovo.

Dartmouth has a long standing relationship with Kosovo. Dartmouth Medical School and Dartmouth Hitchcock Medical Center have fostered a relationship with colleagues in Kosovo since the end of the war in 1999. In 2010, Dartmouth and the American University in Kosovo announced an initial agreement encouraging faculty collaboration and student exchange, which was confirmed and extended on June 15, 2010.

American University in Kosovo students, who were old enough during the Kosovo conflict to recall its damaging effects, joined the Dartmouth team during the trip, visiting Auschwitz and restoring the cemetery location in Kosovo. The Kosovo students will undoubtedly provide a unique perspective on the trip, says Boraz.

Matthews, one of three trip leaders to Kosovo, had the opportunity to meet the American University in Kosovo students in December. “These students experienced something beyond belief at a very young age, and yet they were open and willing to share their experiences with me, an absolute stranger,” she says. “Their attitudes and sense of hope filled me with faith that despite the seemingly insurmountable nature of the problem of genocide, our ability to work together despite our differences is the most crucial step in making sense of this very terrible human problem.” 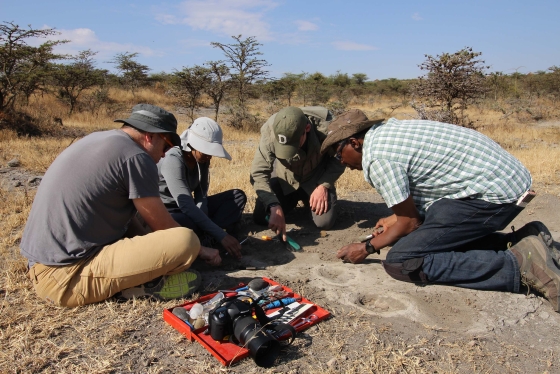