The Moore Theater, Hopkins Center for the Arts, Hanover, N.H.

Music and Merce A conversation with composer Christian Wolff, Dartmouth professor emeritus, and musicians of the Merce Cunningham Dance Company about making music with Cunningham, and the adventure of producing “Music for Merce,” a 10-disc representation capturing 60 years of musical collaboration. Moderated by Larry Polansky, Jacob H. Strauss 1922 Associate Professor of Music

As part of its two-year final “Legacy Tour,” the Merce Cunningham Dance Company (MCDC) will make its only New England appearance at Dartmouth College’s Hopkins Center for the Arts on July 8 and 9. The performances are part of a three-day residency that includes a dance master class on Thursday, July 7, and a Friday, July 8, conversation with company members and acclaimed experimental composer Christian Wolff, Strauss Professor of Music and professor of classics, emeritus. 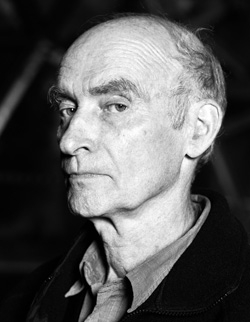 MCDC, the company of one of the 20th century’s most influential choreographers, began its Legacy Tour began in February 2010 and will visit more than 40 venues before a final performance in New York City on December 31, 2011. After that, in keeping with the late Cunningham’s wishes (he died in July 2009), the company will disband and rights to the choreographer’s carefully documented dances will be held by a foundation he established.

“The Hopkins Center is honored and fortunate to be included in the final tour,” said Jeffrey H. James, the Hopkins Center’s Howard Gilman Director, who for four years served as the MCDC’s executive director. “Having worked with Merce during the period of time the company celebrated its 50th anniversary, some of my most cherished moments in professional life were at his side or in the presence of his extraordinary works. To see some of those works in the wonderfully intimate setting of the Hop’s Moore Theater promises to be an unforgettable experience. With the company’s impending departure from the world’s stages, this is among the last chances to see the work of one of the geniuses of our time.“

Wolff, who knew and worked with Cunningham over a span of nearly 60 years, will perform during the Hanover show, as he has at other points on the tour. The Legacy Tour, says Wolff, is bittersweet. “I’m looking at a dance and thinking this is the last time I’ll see it,” he says. “The very ephemeral nature of the whole activity really hits you. The dancers change over the decades, of course—dancers come and go through the decades; they’re always the same age group, like students. But you see the same costumes and décor, and although there are new dancers, they are part of an unbroken continuity that won’t exist after this.”

Dartmouth has had a long history with MCDC, which first performed on campus in 1973, presenting a site-specific dance in the College’s Alumni Gymnasium. MCDC returned in 1998, and then in 2007 performed the world premiere of  “XOVER”, a piece that was commissioned by the Hopkins Center and was the culmination of the company’s weeklong residency at Dartmouth in 2007.

At the Hop, the company will perform pieces representing a range of Cunningham’s eras, tones and textures: “Antic Meet” (1958), with music by Cunningham’s long-time music director and life partner composer John Cage (who died in 1992); “Squaregame” (1976), which highlights Cunningham’s playful wit and special gift for duets; and “RainForest” (1968), with décor by Andy Warhol and costumes by Jasper Johns, two of the many influential visual artists with whom the choreographer collaborated, a list which also includes Robert Rauschenberg.

Wolff will perform the piano part in “Antic Meet,” as he has in performances in Berkeley, Calif., Austin, Texas, and New York City. Wolff met Cunningham through Cage, with whom Wolff began studying composition in New York City at age 16 in 1952. Wolff composed his first piece for Cunningham in 1953 and went on to collaborate on many other projects over the decades that followed, sometimes composing for a dance and sometimes giving Cunningham permission to use a previously written work. After Wolff retired from Dartmouth in 1999, he became the MCDC’s house pianist for the next dozen years, accompanying the company on international tours. He is to be honored with a lifetime achievement award from the Vermont Arts Council in November.

When Cunningham commissioned a composition, Wolff says, he gave the composer one piece of information only: the piece’s desired length—no themes, tempos or other musical direction. Normally, the dancers didn’t hear the music until the final rehearsal. Both Cage and Cunningham had a love of combining elements that occur at the same time but are unrelated to each other—a revolutionary act 60 years ago, but now a broadly accepted aesthetic choice.

At the time of Cunningham’s death in 2009 at age 90, dance writer Alastair Macaulay wrote in The New York Times, “In his works, independence was central: dancers were often alone even in duets or ensembles, and music and design would act as environments, sometimes hostile ones. His movement—startling in its mixture of staccato and legato elements, and unusually intense in its use of torso, legs and feet — abounded in non sequiturs.”

—by Becky Bailey, Hopkins Center for the Arts.