Knowledge on the Move

The discoveries of Dartmouth researchers regularly appear in scholarly journals and headlines. It’s also not unusual for their achievements to have immediate impact even closer to home. Through programs that connect the College and community, Dartmouth’s neighbors near and far benefit from the new knowledge uncovered here. At the same time, Dartmouth’s graduate and undergraduate students gain teaching experience and communication skills, and faculty build new collaborations with colleagues.

Focus on Faculty highlights four research outreach programs that demonstrate how the benefits of research go both ways.

Scientists are real people who started out just like you.
Image 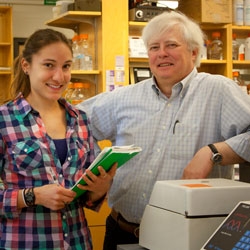 Laura Hempel ’12 and Roger Sloboda, professor of biological sciences, are two of the Dartmouth researchers behind Science Camp. (photo by Joseph Mehling ’69)

According to Roger Sloboda, the Ira Allen Eastman Professor in Biology and program director on the HHMI grant, “The idea is first to expose the children to hands-on scientific inquiry. Second, the program lets students realize that scientists are not some elevated, up-on-a-pedestal group of people; these Dartmouth students started out as kids just like them.” Laura Hempel ’12 says she participated because she thought “it would be a great hybrid between a job and community service. I learned a lot about what it takes to be a teacher and about how to effectively communicate scientific ideas to someone without a science background.”

Sloboda says that such lessons will come in handy after graduation. “If you go into industry, there will be times when you’ll have to pitch your ideas to groups who have no background at all in science.” Even among scientists, he adds, “not everyone in the audience will be up on the details of your subfield. Learning how to describe any science concept adequately to a non-expert is a big plus.” 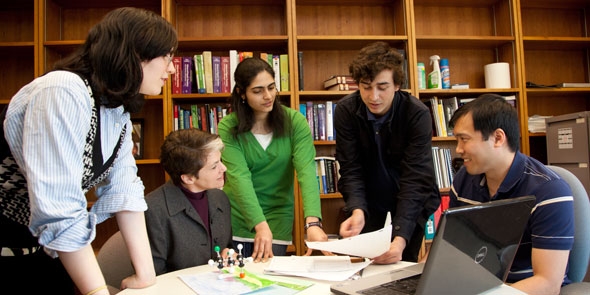 Sulfur as a star performer

Elements, reactions, and bonds—as film stars? Of course, says Chemistry Professor Jimmy Wu, who has begun an outreach project that will use video to teach organic chemistry to high school students.

Loeb’s role is to provide input on how to visually display complex information. “Some of the most powerful things about animation are its universal appeal and its ability to show things in new ways with different perspectives,” she says.

Shloka Kini ’13, a computer science major with an interest in educational media, will assist in creating the videos’ musical components. She says, “I have always dreamed of being able to have the opportunity and resources to create an educational film or television program. When I was approached to take part in this project, I was very excited that I might gain some research and hands-on experience toward my aspirations.”

The group’s first film features an animated figure receiving a lesson on stereochemistry. Wu explains, “Under certain conditions, molecules possess a ‘handedness’: their component parts can arrange themselves in two distinct and non-superimposable ways. Our bodies will usually interact with the left and right-handed versions of a molecule differently. Sometimes these differences can be dramatic.” For example, Wu notes, handedness lies behind the fact that one isomer of carvone smells like spearmint while the opposite-handed version smells like caraway seeds.

The stereochemistry video will be released by the end of spring term, with two additional videos on other topics to follow this summer. Wu plans to share the videos on social media sites such as YouTube and Facebook and eventually plans to produce apps for free download. 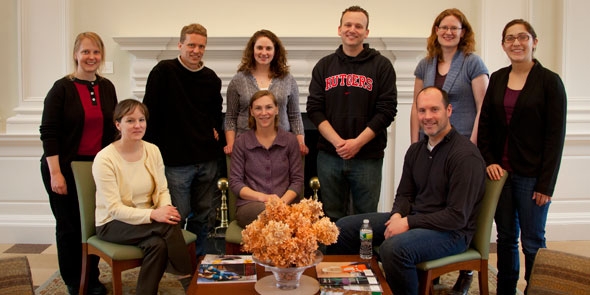 Seth Cohen, a graduate student in physics and astronomy, teaches as a resident scientist in a Claremont, N.H., middle school for one day each week. “Middle school is the perfect time to catch students and keep them fascinated with science,” he says.

Cohen is there thanks to the National Science Foundation Graduate STEM Fellows in K-12 Education (GK-12) program, which supports fellowships and training for graduate students in science, technology, engineering, and mathematics (STEM) and pairs Dartmouth graduate students in these fields with teachers in local middle and high schools. 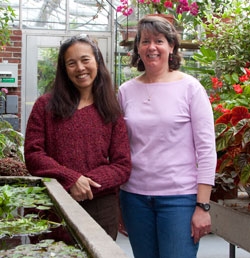 Dartmouth’s grant proposal was developed with local teachers, explains engineering Professor Vicki May. They included Judy Filkins Ross, K-8 math and science curriculum coordinator for Lebanon, N.H., who is a teacher liaison for the project team. “We focus on inquiry-based, active learning; we really try to teach science by doing science, instead of lecturing,” May says.

Weekly sessions for graduate fellows on pedagogy, communication, and creativity are led by May’s colleagues Cindy Tobery of the Dartmouth Center for the Advancement of Learning (DCAL); Nancy Serrell, director of academic outreach; and Janet Zullo, an instructor in the Department of Education.

“The Dartmouth students who go through the program get great teaching experience, the chance to improve their communication skills, and the opportunity to foster an interest in science,” May notes. “They’ve done some incredible things in the classroom.”

Forty percent of the population relies on private wells, and one quarter of these wells harbor water with unsafe levels of arsenic.

Outreach encompasses the many “ways that faculty and students join people outside Dartmouth in applying academic learning to the problems of the world,” says Nancy Serrell, director of Dartmouth’s Office of Outreach, which was established in 2007. Led by Serrell and overseen by Vice Provost for Research Martin Wybourne, the office also helps faculty members develop the outreach components required by certain research proposals.

These aren’t statistics from a developing country—they are data for New Hampshire’s private well water. The impacts of low-level chronic arsenic exposure are not widely recognized by the public and, over the long-term, may contribute to the development of diabetes, cancer, vascular disease, and lung disease.

The Dartmouth Toxic Metals Superfund Research Program, funded by the National Institute of Environmental Health Sciences, created the video, In Small Doses: Arsenic, to educate New England well owners about the dangers of continuous low-dose exposure to the metal.

“Arsenic has long been one of the contaminants that the Superfund Research Program has worked on in terms of its molecular and epidemiological effects and its geological sources,” says biological sciences Professor Celia Chen, project leader of the program’s research translation efforts. Chen says that much of the research conducted by the many scientists in the Superfund Program has involved investigating human exposures to arsenic in well water. When it came to conveying an important message to the public, “the video has proven to be an effective mode of communication.”

The 10-minute film was released in November 2009 and has since been shown at numerous meetings and workshops throughout New England. The video is available on YouTube and a segment appears on Boston’s WGBH TV Teachers’ Domain website.

Laurie Rardin, research translation coordinator, says the effect of the film on awareness of arsenic in private well water has spread like ripples. “Our outreach efforts are providing connections to people who are concerned about private well water in New England. They are asking me for copies of the movie, suggesting additional ways to reach local communities who should see it, and proposing it to their local governments to require testing for arsenic in their own city or town.”