Huntsman and Klein to Speak in ‘Leading Voices’ Lecture Series 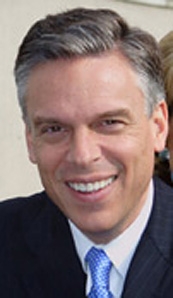 Huntsman’s talk is Tuesday, July 26, and Klein will speak on Thursday, July 28. Both lectures are at 12 noon in Moore Theater, in the Hopkins Center, and are free and open to the public.

The Leading Voices series brings national political and policy experts and presidential candidates to Dartmouth and is sponsored by the Office of the President and Nelson A. Rockefeller Center for Public Policy and the Social Sciences at Dartmouth College.

Huntsman served as Utah’s governor from 2005 to 2009, when he was tapped to be President Obama’s ambassador to China, a position he left last year to run for president. In his Dartmouth lecture, he’ll address key U.S. foreign policy priorities. In his discussion with students, he’ll also talk about the U.S.-China relationship. 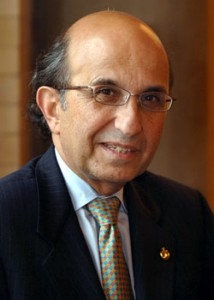 At Dartmouth, Klein will speak about the challenges of U.S. school reform and discuss his experiences in New York City. Klein received an honorary degree at Dartmouth’s 2011 commencement.

Both speeches, along with others in the series, will be available for viewing on Dartmouth’s YouTube channel after the lectures.

The guest lecturers, in most cases, speak to the class in advance of presenting a public lecture. Several speakers—former New York City mayor Rudy Giuliani and Sen. Rob Portman ’78, (R-Ohio)—talked to the class but did not deliver public lectures. Similar lecture series may be held in future years on topics relevant to a liberal arts education.

Description
Naked Economics, the 2002 primer by Senior Lecturer and Policy Fellow Charles Wheelan ’88, is listed as the top book on business by Burton Malkiel, author of the classic A Random Walk Down Wall Street.
The Wall Street Journal