“We’ve got to make teaching the preeminent profession in America. There is nothing more important to our future,” he told a crowd at the Hopkins Center’s Moore Theater.

Klein’s lecture is part of the new “Leading Voices in Politics and Public Policy” lecture series, which this summer is bringing national political and policy experts and presidential candidates to Dartmouth.

Klein, who in January was appointed CEO of the Educational Division of Rupert Murdoch’s News Corp., is currently overseeing the company’s internal phone hacking investigation. His Dartmouth talk focused squarely on his time as chancellor and his ideas about education reform. Klein said there is a widening gap between how much money is invested in education—twice as much as was spent three decades ago—and test results, which have been essentially flat during that same period. And, he added, education hasn’t kept up with skills that the workforce of the future will need. In addition, students in this country are falling behind those of other nations.

“The rest of the world is eclipsing us,” he said. 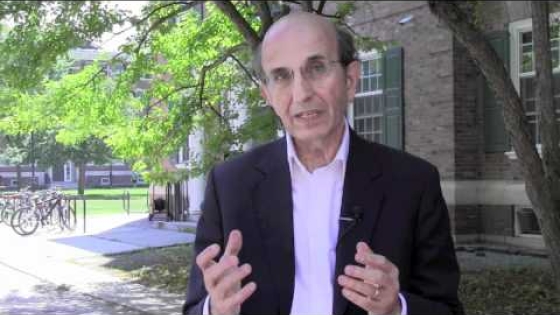 “In the absence of choice, people get awfully, awfully complacent about the work they do and the way they do it,” he said. In New York’s public schools, Klein said there was no talk of excellence, which frustrated him. “I don’t understand organizations in which excellence is not part of the culture.”

He called for rethinking the way teachers are recruited, trained, and rewarded, saying teachers should not all be paid on the same scale. Math and science teachers should be paid more than physical education teachers, he said.

“If we really want to have a future in which the American dream doesn’t become the American memory, we’ve got to talk openly and honestly and critically,” Klein said. “In the absence of real competitive dynamism, innovation, and the professionalization of teaching, we’re not going to change the basic outcomes. I hope you’ll join in this fight.”

Klein’s speech, along with others in the series, is available on Dartmouth’s YouTube channel. For the most current news and schedule, see the “Leading Voices in Politics and Policy” lecture series website.

Robert Reich ’68, the former secretary of the U.S. Department of Labor and a Dartmouth trustee emeritus, is the next speaker in the series. His lecture is August 4 at 12 noon, in Moore Theater.