Dartmouth President Jim Yong Kim will diagnose current challenges in the American health care system as he delivers the next “Leading Voices in Politics and Policy” lecture on Thursday, July 14.
Image 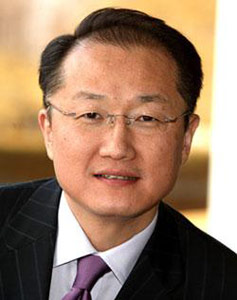 Kim’s lecture, the third in the new series which runs through August, begins at 4:30 p.m., in Moore Theater in the Hopkins Center. The lecture is free and open to the public.

Also this week, another lecturer has been added to the roster. Charles “Buddy” Roemer, the former governor of Louisiana who is a candidate for the Republican presidential nomination, will speak about trade and globalization in a lecture on July 21.

Additionally, the lecture date for presidential candidate Jon Huntsman Jr., a Republican and former governor of Utah, has been changed from July 25 to July 26. See the lecture series website for up-to-date details. Dartmouth expects to announce other lecturers in the coming weeks.

The Leading Voices series, which is bringing national political and policy experts and presidential candidates to Dartmouth, is sponsored by the Office of the President and Nelson A. Rockefeller Center for Public Policy and the Social Sciences at Dartmouth College.

Kim, an anthropologist and public health physician who has worked for more than two decades to provide medical treatment to underserved populations worldwide, will discuss underlying issues at play in the current health-care debate, and also propose specific reforms.

Kim’s speech, and all of the lectures, will be available on Dartmouth’s YouTube channel after the talk.

Previous speakers were former Senator Judd Gregg (R-N.H.) and Treasury Secretary Tim Geithner ’83. Speaking later this month, in addition to Roemer and Huntsman, will be Joel Klein, former chancellor of New York City public schools, on July 28. A full slate of speakers is set for August.

In some cases, notable policymakers may visit the class, but not take part in the lecture series. For example, former New York Mayor Rudy Giuliani, a Republican who ran for president in 2008, will visit with students on Friday, July 15, but not speak publicly.