Senator Jeanne Shaheen (D-N.H.), answers questions from students in the Public Policy 20 class on August 10, 2011. Her visit was in conjunction with the “Leading Voices in Politics and Policy” lecture series. (photo by Joseph Mehling ’69)

The country is consuming fossil fuels at an unsustainable rate, losing ground to other countries on clean energy investments, and is not addressing the consequences of climate change, she said.

“This is not an issue that’s someplace in the future. It’s happening right here, right now, here in New Hampshire,” Shaheen told more than 30 sophomores in the “Contemporary Issues in American Politics and Public Policy” class, the companion course to the new “Leading Voices in Politics and Public Policy” lecture series, which this summer is bringing national political and policy experts and presidential candidates to Dartmouth.

Many of the visitors to Dartmouth have delivered a public lecture. Shaheen, who was on a tight schedule traveling in New Hampshire yesterday, was able to make time to talk with the class, as have other guests—including Senator Rob Portman ’78, (R-Ohio); Republican presidential candidate Gary Johnson, and potential candidate Rudy Giuliani.

Shaheen talked to students about the Energy Savings and Industrial Competitiveness Act of 2011, a bill she and Portman have sponsored to increase the use of energy efficiency technologies in residential, commercial, and industrial sectors of the economy, and to foster job creation. The proposed legislation was voted out of the Senate Committee on Energy and Natural Resources. The 18-3 July vote, with strong bipartisan support, gives Shaheen hope the measure will pass, she says.

The first woman to be elected both governor and a U.S. Senator, Shaheen served three terms as New Hampshire’s governor, from 1997 to 2003, and in 2008 was elected to the Senate.

She said the political climate in Washington, in the wake of the summer’s debt limit fighting, has been difficult.

“Unless you can sit down at the table and everyone can agree on what the challenge is and the need to work together to solve it, it’s really hard to figure out how you make democracy work,” she says. “You have to compromise. And I fear that there are some people who have been elected who have taken the position that they’re not willing to compromise at all. On the vote on the debt ceiling, there were people who voted to allow the country to default. I don’t know if they had been the deciding vote, if they still would have voted that way. But I think that’s really scary. The consequences of a default would have been huge.” 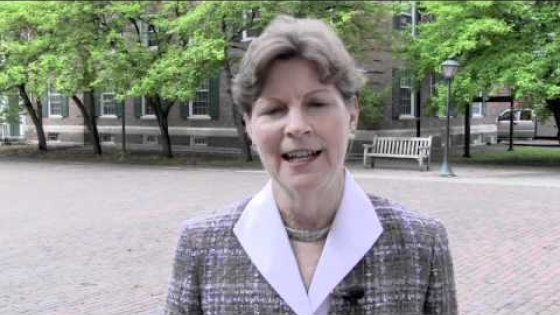 Other interviews and lectures in the series are available on Dartmouth’s YouTube channel. For the most current news and schedule, see the Leading Voices website.

The next speaker, Henry Paulson ’68, former U.S. Treasury Secretary and a former CEO and chairman of Goldman Sachs, will discuss the future of financial regulation on August 11 at 4:30 p.m., in the Hopkins Center’s Spaulding Auditorium. 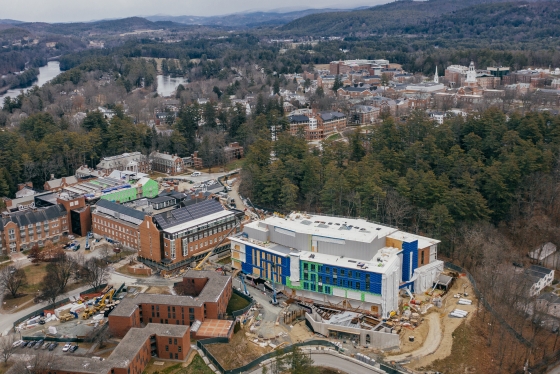 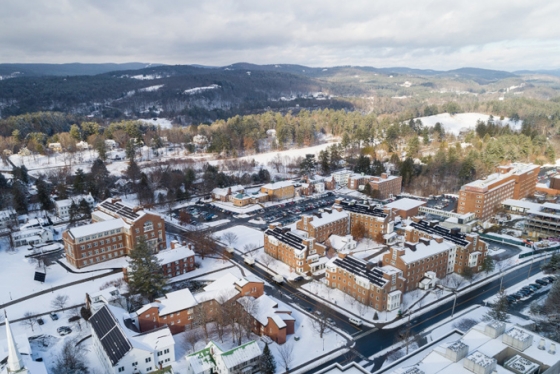