Thanks to a five-year grant from the Korea Foundation, Dartmouth has created a new faculty position in Korean studies. Soyoung Suh, assistant professor of history and of Asian and Middle Eastern Studies, will be joining Dartmouth this fall. 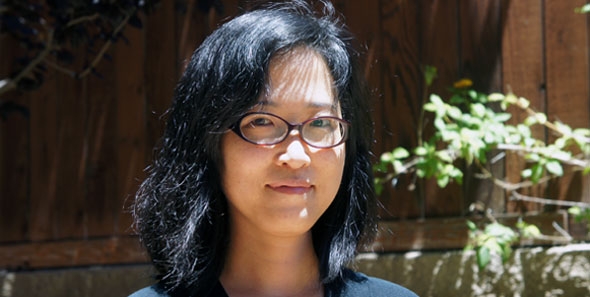 Assistant Professor of History and of Asian and Middle Eastern Studies Soyoung Suh will be joining Dartmouth this fall and teaching courses, including “Introduction to Korean Culture.” (photo courtesy Soyoung Suh)

“We’re grateful to the Korea Foundation for making this appointment possible,” says Lynn Higgins, associate dean for international and interdisciplinary studies and the Israel Evans Professor in Oratory and Belles Lettres. “Historically, Korea has played a prominent role in East Asia, and it has a growing role in world affairs,” she says, noting that the appointment will help meet rising student demand for more courses on Korea. The Korea Foundation is dedicated to enhancing the image of Korea in the world and promoting academic and cultural exchange opportunities.

A social scientist, Professor Suh specializes in the cultural history of Korea, the history of medicine in Korea and the history of science in East Asia. She was most recently a research fellow at the University of Westminster in London and has taught at the University of California, Los Angeles; Harvard University; and Pitzer College. Papers she has presented this year include “Globalizing Hwabyong: How Does an Illness Become Korean?” and “Marketing Medicine in Colonial Korea (1910-45).” She says, “I’m thrilled by this opportunity to learn from diverse scholars and students at Dartmouth College.” 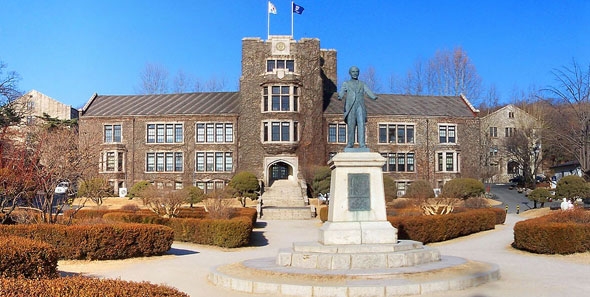 Dartmouth has offered a student exchange program with Yonsei University since 2009. (photo by Allen R. Francis)

This new faculty position is part of a Dartmouth initiative, begun in 2005, to strengthen its offerings in Korean studies. Suh joins about 60 faculty members affiliated with the Asian and Middle Eastern Studies (AMES) program. Courses Suh will teach include “Introduction to Korean Culture,” which she will co-teach with Sung Lim Kim, a second new professor specializing in Korean studies. Professor Kim’s appointment as professor of art history and of Asian and Middle Eastern Studies fills a previously established position.

Dartmouth has many connections with the Republic of Korea, the host country of the 2018 Winter Olympics and home to 15 of the world’s 500 largest corporations. The Korean Students Association is active on campus, and abroad the Dartmouth Alumni Club of Korea counts about 150 members. Since 2009, Dartmouth has offered an exchange program with Yonsei University in Seoul. Seoul is also the birthplace of Dartmouth President Jim Yong Kim.