Lack of Jobs and Wages Are the Problem, Reich Says in Dartmouth Speech

The United States doesn’t have a deficit crisis—it has a jobs and growth crisis, former U.S. Labor Secretary Robert Reich ’68 told a packed audience in an August 4, 2011, speech at Dartmouth.

“The non-issue and the non-crisis is the federal debt. The issue and the crisis is jobs and wages and economic growth,” he said in the speech, at the Hopkins Center’s Moore Theater. “There’s not enough buying going on to fuel the economy.”

To fix the economy and help consumers—overwhelmed with debt and suffering from declining housing values—Reich suggested a series of bold governmental initiatives, including exempting the first $20,000 of income from payroll taxes, easing bankruptcy regulations to allow homeowners to renegotiate mortgages, providing federal loans to cash-strapped municipalities, giving partial unemployment insurance for those laid off from part-time jobs, and creating a federal work program modeled on the Civilian Conservation Corps and the Works Progress Administration.

“There’s no lack of ideas. There’s a lack of political will, which is made more difficult by the deal that was just signed into law,” said Reich.

His lecture is part of the new “Leading Voices in Politics and Public Policy” lecture series, which this summer is bringing national political and policy experts and presidential candidates to Dartmouth. 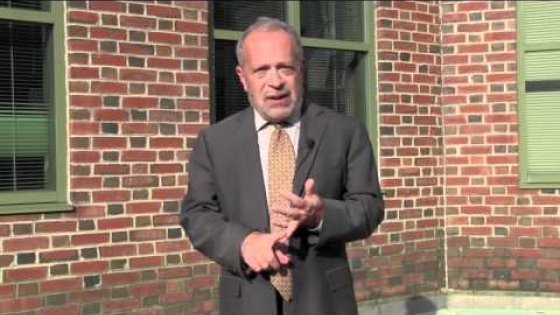 Reich, who is also an author and educator, received a warm welcome back to Dartmouth and a standing ovation following his talk. In addition to being a Dartmouth graduate, he is also a trustee emeritus and in 1994 received an honorary degree from the College.

He told the crowd that those who are unhappy about the state of the economy and political wrangling need to get involved in bringing about change.

“If you don’t organize and mobilize and take an active role as citizens, if you go into despair and cynicism, then the other side—no matter how you want to define the other side—they win,” he said.

A leading expert on work and the economy, Reich is the Chancellor’s Professor of Public Policy at the University of California at Berkeley’s Goldman School of Public Policy. He has served in three national administrations, most recently as labor secretary under President Bill Clinton. Time Magazine named him one of the 10 most effective cabinet secretaries of the last century.

Reich also suggested making education at public colleges and universities free. He told the Dartmouth audience that those receiving free college educations should then have to pay 10 percent of their earnings into a fund for 10 years, which would bankroll the program.

Additionally, he called on students, both in the lecture and in a class he taught earlier in the day, to consider working for the social good, as an option to seeking jobs in more lucrative fields.

“I really do hope that you will devote at least part of your life to the large issues that have got to be tackled if we are going to have a just and reasonable world,” Reich told students.

Reich’s speech, along with others in the series, is available on Dartmouth’s YouTube channel. For the most current news and schedule, see the “Leading Voices in Politics and Policy” lecture series website.

The next speaker, Henry Paulson ’68, former U.S. Treasury Secretary and a former CEO and chairman of Goldman Sachs, will discuss the future of financial regulation. His talk is August 11 at 4:30 p.m., in Moore Theater.