Back to School: Ten Things to Do on Campus This Fall

The opening of each academic year brings a renewal of traditions as well as fresh changes. Here are our top picks for things to do—both new events and twists on old favorites—on campus this season. What’s on your must-do list? Let us know at Dartmouth’s Facebook page or Twitter feed (tag your tweet @dartmouth). 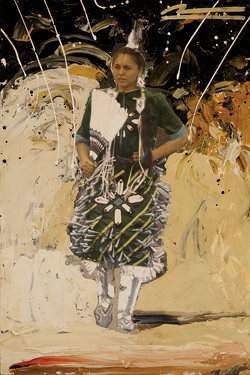 The Hood Museum of Art commissioned Mateo Romero ’89 to paint a series of 10 portraits of Native American Dartmouth students as they danced at the College’s annual Pow-Wow. The almost life-sized portraits use his signature technique of overpainting on photographic prints. The exhibition is on display through January 15, 2012.

“Native American Art at Dartmouth: Highlights from the Hood Museum of Art”

This exhibition surveys the breadth and depth of the Hood’s permanent collection of indigenous art from North America, including the work of former Dartmouth Artists-in-Residence Allan Houser, Fritz Scholder, T.C. Cannon, and Bob Haozous. The opening ceremony, which will be held from 1 to 3 p.m. on October 9 on the Green, will feature Native American drumming and dancing, welcoming remarks, and a procession to the Hood. The exhibition is on display October 8, 2011 through March 11, 2012. 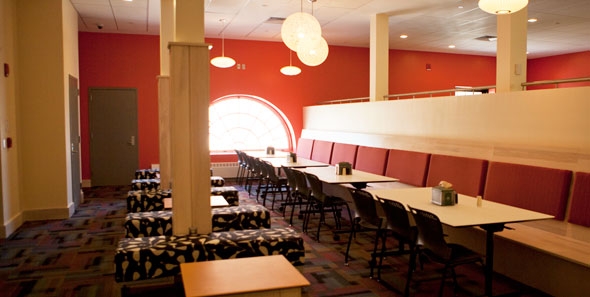 Newly renovated, the Class of ’53 Commons is a state-of-the art dining facility that includes multi-use spaces for student activities. (photo by Mark Washburn)

Dedicated on September 9, 2011, the newly renovated Thayer dining hall, now known as The Class of 1953 Commons, is a state-of-art dining facility operated by Dartmouth Dining Services. It offers all-you-care-to-eat meals with a wide range of menu choices, including an expanded salad bar, a broad selection of vegetarian options, Kosher, Halal, local, organic, and international specialty items. The building, which seats more people under one roof than ever before, is now 25 percent more energy efficient, and will produce significantly less landfill waste. It also includes a half-dozen new multi-use social spaces for student gatherings and activities.
Image

Dartmouth takes on Penn in the first night football game on October 1, at 6 p.m. (photo by Doug Austin )

This fall, bright lights will shine on Big Green football when Dartmouth takes on the University of Pennsylvania Quakers in the first night game under the new lights at Memorial Field. Kickoff is scheduled for 6 p.m. on Saturday, October 1.

“To be a part of the first night game ever at Dartmouth is something special, and our players and the coaches could not be more excited about this event, ” Head Coach Buddy Teevens ’79 said.

The Class of 1978 Life Sciences Center boasts a greenhouse, a 200-seat auditorium, digital displays, and two roofs with natural plantings to help cool the building. (photo by Joseph Mehling ’69)

Go check it out: Class of 1978 Life Sciences Building

The Class of 1978 Life Sciences Center will be dedicated on November 5, 2011, but it is already open for teaching and research. Boasting the highest energy-efficiency LEED (Leadership in Energy and Environmental Design) rating a building can have (Platinum), the new building includes a 6,000-square-foot greenhouse, a 200-seat auditorium, a two-story atrium with “science in sight” gallery displays, a digital way-finding system, two planted roofs to help keep the building cool, and a state-of-the-art energy management system.

Dartmouth will be an important stop this fall for the Republican presidential candidates when it co-hosts a debate on October 11 at 8 p.m. with the U.S. economy as the focus. Broadcast journalist Charlie Rose will moderate. The event will be broadcast nationally and around the globe by Bloomberg Television and streamed online by Washingtonpostlive.com. WBIN in Derry, N.H., will broadcast the debate throughout New Hampshire and Massachusetts. Tickets for seats in Spaulding Auditorium are available by lottery. There will also be a student-organized watch party in Leede Arena and a pre-debate panel with alumni journalists and Dartmouth faculty, moderated by Trustee and political journalist Morton Kondracke ’60. 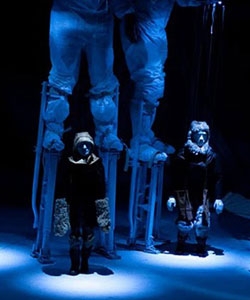 With 69° South, the revolutionary theater arts company Phantom Limb returns to the Hop with a visual evocation of the South Pole’s forbidding beauty—embodied in an original score recorded by the Kronos Quartet—and the expedition’s courageous survivors. Erik Sanko’s haunting, expressive 3-foot-high marionettes, operated by white-clad dancer-puppeteers on stilts, share the stage with icebergs and a shipwrecked vessel. The work draws inspiration from travels in Antarctica and objects in Dartmouth’s Polar Exploration collection.

Dartmouth’s Office of Alumni Relations is once again sponsoring a “Faculty Chalk Talk” lecture series this fall. This year’s topic is “Election Issues 2012: Hot Topics in National Politics.” The series began on Saturday, September 17, with Tuck School Professor Matthew Slaughter. Next up is Professor of Government Lucas Swaine’s October 1 lecture, “Moral Authority: What Should America’s Political Leaders Be Willing to Do?” All lectures take place in Dartmouth Hall 105 from 10 to 11 a.m.
Image

The 26th Telluride at Dartmouth Film Festival runs September 23 through 25 and 27 through 29.

Dartmouth Night and Homecoming take place October 21 and 22. Big Green football takes on the Columbia University Lions, just one of a half-dozen athletic contests that weekend. 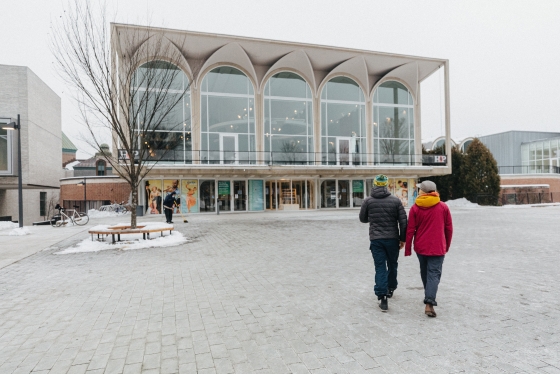