When Joseph Rago ’05 returned to Dartmouth to participate in a panel discussion prior to the Republican Presidential Debate on October 11, he joked that it was the first time he’d worn a suit on campus. 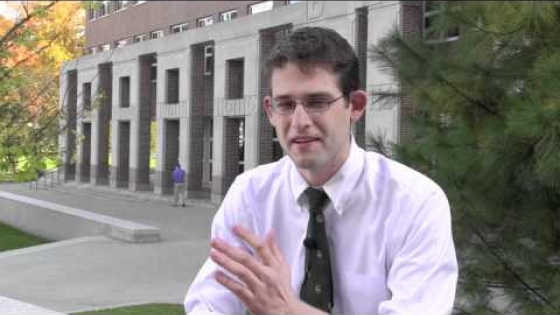 An editorial board member for The Wall Street Journal and winner of the 2011 Pulitzer Prize for Editorial Writing, Rago participated in the panel discussion, “Leading Voices: What’s at Stake in the Republican Debate,” with other prominent alumni journalists, including Dartmouth trustee Morton Kondracke ’60, executive editor of Roll Call, and Pittsburgh Post-Gazette Executive Editor David Shribman ’76, a trustee emeritus who won a Pulitzer Prize in 1995 for his coverage of the national political scene.

While on campus, Rago did a video interview with Dartmouth Now and talked about his undergraduate experience. The Falmouth, Mass., native earned a degree in history after a class with Jere Daniell ’55, the Class of 1925 Professor of History emeritus, cemented his interest in the topic. Rago served as editor-in-chief of the Dartmouth Review, was a member of Phi Delta Alpha fraternity, and rowed freshman crew. He parlayed an undergraduate internship with the Journal into a job as assistant editorial features editor after graduating. 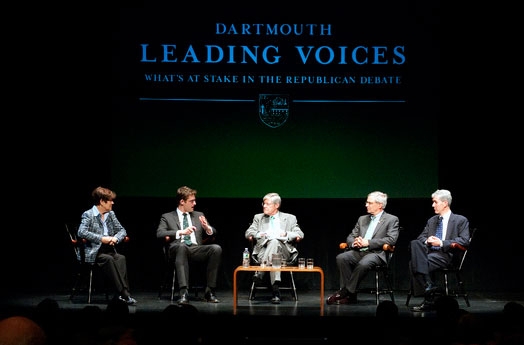 Joseph Rago ’05, second from left, answers a question during the “Leading Voice: What’s at Stake in the Republican Debate” panel held on October 11, 2011. (photo by Jeff Woodward)