Jaclyn Wypler ’11 will begin her two-year agricultural project as a Peace Corps volunteer in Zambia in February 2012. Her reasons for volunteering are likely similar to the reasons of the 615 Dartmouth graduates who have preceded her since the Corps was founded in 1961. 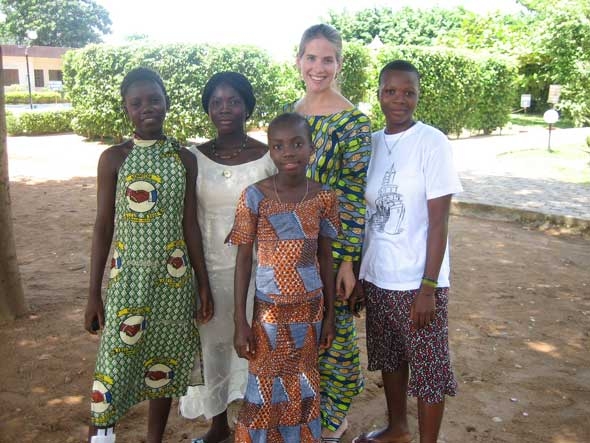 One of 615 Dartmouth alumni to volunteer for the Peace Corps since 1961, Margaret Graham ’04 (second from right) served in Benin, Africa from 2005 to 2007. She is pictured with children from the village who she brought to a nationwide girls’ empowerment camp. (photo courtesy Margaret Graham)

“I want to learn, help, and make an impact in a way that the community sees fit,” says Wypler, the former student manager of the Dartmouth Organic Farm and four-year member of the women’s track and field team. 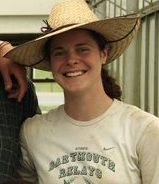 Jaclyn Wypler ’11, pictured here at the Dartmouth Organic Farm, will join the Peace Corps in Zambia next February. Her project is called LIFE—linking income, food, and the environment. (photo couresty Jaclyn Wypler)

A sociology major, Wypler says her path to the Peace Corps started with a Dartmouth geography course on food and power. “The class introduced me to ways of looking at food through systems and people and culture, and that really intrigues me.”

While admitting that “it’s a bit scary,” Wypler anticipates her Peace Corps’ experience will be life-changing. Fellow Dartmouth graduate Tom Zitrides ’64, who served from 1964 to 1966 in Medellin, Colombia, can attest to that. Now CEO of a biotechnology company, Zitrides says simply, “The experience changed the course of my life.”

Dartmouth is celebrating 50 years with the Peace Corps with a day of events on November 15, listed below. All events are free and open to the public.

About 35 volunteers are expected to attend.

Hubert will lead a discussion with:

President Jim Yong Kim will present citations to John Rassias, the William R. Kenan Professor of French and Italian, and Dean Emeritus Dey. The lecture “An Unintended Consequence ” will then be delivered by Dey.

Film premier of Dartmouth and the Peace Corps: 50 Years of Partnership

Jim Brown, senior lecturer in the Department of Film and Media Studies, will present his new documentary. 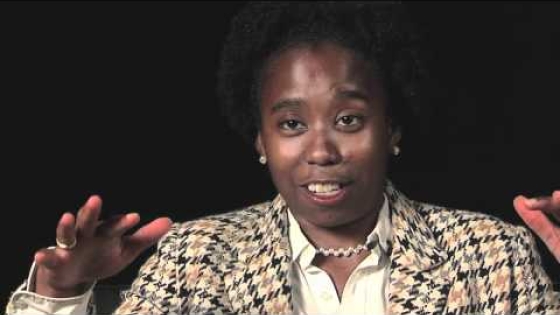 Dartmouth and the Peace Corps

Dartmouth is regularly ranked a Peace Corps’ “Top College,” with 17 alumni currently serving in 15 countries including Ethiopia, Kazakhstan, Lesotho, Peru, Philippines, Senegal, Turkmenistan, and Vanuatu. A total of 615 graduates have served since 1961.

Established by President John F. Kennedy in 1961 to promote peace and friendship in developing areas of the world, the Peace Corps today has 9,095 volunteers serving in 76 countries.