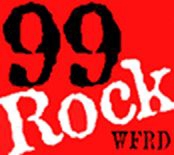 WFRD-FM (99Rock), a branch of Dartmouth Broadcasting, was awarded first place in the Public Service Campaign of the Year category for its “99Rock’s Tornado Relief 2011 Project.” The award was presented by New Hampshire Governor John Lynch at the annual New Hampshire Association of Broadcasters’ meeting on October 20.

“99Rock’s Tornado Relief 2011 Project” kicked off at the end of May 2011. It focused on providing supplies to Americans affected by the devastating tornadoes which had ripped through the Southern and Midwestern sections of the United States, wreaking mass destruction and leaving hundreds dead. In fact, 2011 proved to be the deadliest year for tornadoes since 1953, according to the National Oceanic and Atmospheric Administration. The station teamed up with RSD Leasing & Trucking, Crystal Rock/Vermont Pure Water, and Casella Waste Management to collect and send much-needed supplies across the country.

Similarly, after Tropical Storm Irene hit New Hampshire and Vermont in August 2011, the Dartmouth-based radio station worked with the American Red Cross to help collect donations in an effort to rebuild the surrounding communities.

Since the beginnings of Dartmouth Broadcasting in the 1920s to its current range of operations, which include 99Rock, WDCR (AM radio) and Dartmouth Sports, the student-run organization has come a long way. Along with this most recent award, Dartmouth Broadcasting has also been recognized for many other achievements, winning “Commercial Campaign of the Year” in 2010, “Public Service Campaign of the Year” in 2009, and “Sports Play-By-Play” in 1998.