Devin Chu ’14 Reaches for the Stars from Hawaii

Devin Chu ’14 spent last summer as an intern on his home island of Hawaii. In this exotic setting, he pursued an even more exotic adventure studying the stars as revealed by instruments like the Hubble Space Telescope. 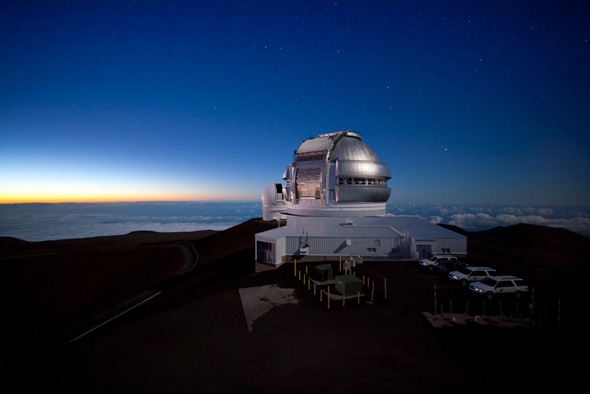 Working with staff astronomers Atsuko Nitta and Scot Kleinman from the Gemini Observatory on Mauna Kea, Chu assisted in a search for new ways to learn about the internal structure of stars. Ultraviolet light readings from Hubble were compared with visible light observations from the Whole Earth Telescope.

Kleinman and Nitta looked at pulsation—the variations in light intensity—as a tool that could offer insight into the nature of a star, using one specific white dwarf star as a pilot study. 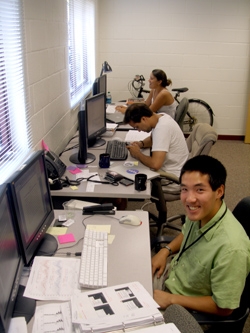 Devin Chu ’14 at his Gemini Observatory workstation in Hilo, Hawaii where he completed his summer research project. (photo by Akamai Workforce Initiative)

“Devin’s results show a difference in behavior from ultraviolet to optical in the two pulsation mode classes he studied. This is very good news,” says Kleinman.

Pulsation modes are unique patterns of pulsation based on the movement of relatively cold and hot parts of a star. “In the end we will likely have proven a new method to identify pulsation modes in these stars, and we may also learn more about the atmospheric physics of white dwarf stars,” adds the astronomer.

“My time at the Gemini telescope itself enabled me to experience what it would be like to work in such an environment, and I gained proficiency in computerized data analysis,” Chu remarks.

One high point in Chu’s summer was the opportunity the internship program provided to hear speakers from other observatories and the National Science Foundation. Their presentations exposed him to the public policy side of science and astronomy in particular.

Chu also had the opportunity to present the findings from his research to the astronomy community in Hilo, Hawaii. “I found myself interested in this sort of outreach, working with communities, getting the word out and I feel this is something I’d really like to do,” Chu says. “It encouraged me to take some government classes here at Dartmouth and explore a little bit more.”

In pursuit of further government experience Chu will be a legislative intern in the Washington office of U.S. Senator Daniel Inouye (D-HI).

Chu’s internship had been provided through the Akamai Workforce Initiative, led by the University of Hawaii Institute for Astronomy on Maui. It offers an opportunity for students to get involved in high-tech research and industry. Funding from the University of Hawaii and the Thirty Meter Telescope Corporation supports students such as Chu who are placed on Hawaii Island for their internship.