Despite a combined 35 shots from both teams, neither Dartmouth nor Brown could find the back of the net in a 0-0 double overtime tie in the regular season finale for both teams on Saturday night at Brown’s Stevenson Field. 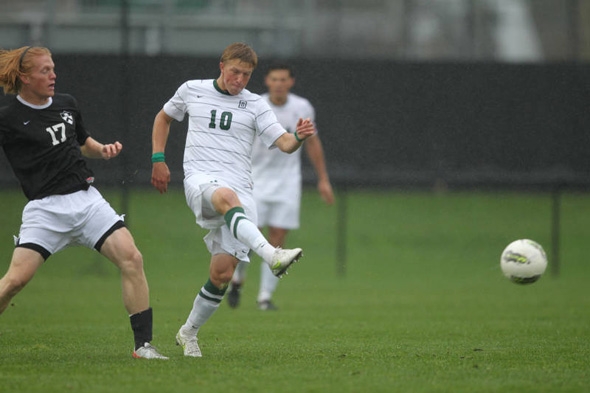 Dartmouth’s (8-5-4, 4-1-2 Ivy League) offense looked like it was going to get something going in both the first and second overtime but just couldn’t find a way around the Brown (10-4-3, 4-1-2 Ivy League) defense, settling for a tie in its final regular season game.

By virtue of a Columbia tie with Cornell later in the evening, Dartmouth claimed a share of the Ivy League title with the Bears and will receive the automatic berth to the NCAA Tournament.

Update 11/15/11: The Dartmouth men’s soccer team will take on Providence College in the opening round of the 2011 NCAA Tournament. The Big Green will meet the Friars on Thursday (Nov. 17) at 2 p.m. in Providence, R.I.