It isn’t often that you meet someone named Lucky, but the name Lucky is very fitting for Dartmouth men’s soccer player Lucky Mkosana ’12. Mkosana, who hails from Bulawayo, Zimbabwe, “luckily” made his way to Dartmouth and has been re-writing the record books ever since. 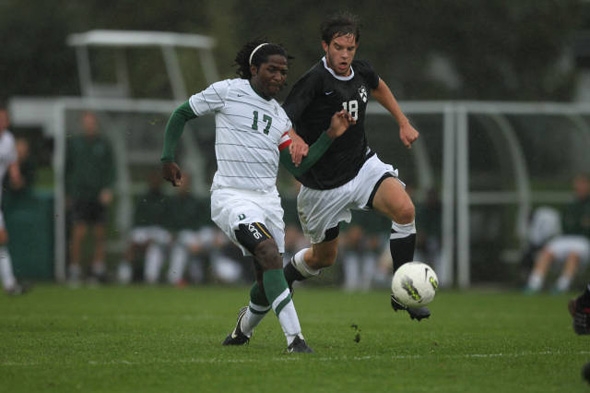 The senior captain, who this season has been named Ivy League Player of the Week and ECAC Player of the Week, has received just about every soccer accolade in his four-year career. He is a three-time All-Ivy First Team selection and a National Soccer Coaches Association of America (NSCAA) All-Northeast selection. But for Lucky, the individual accolades don’t mean much without team success. “I’m grateful for the awards and what they mean about my play as an individual but really the most important thing for me is what it means for the team. It motivates us and reminds us that in order to keep winning awards we need to keep working hard as we move throughout the season,” he says.

Despite a tough preseason schedule which featured six teams that advanced to the NCAA in 2010, the Big Green clinched its ninth Ivy League title and are headed back to the NCAA Tournament for the fourth consecutive season. Mkosana has played a large part in getting the Big Green to where they are.

Read the full profile of Lucky Mkosana at Dartmouth Athletics.