You know they couldn’t possibly look that good. But what did those models and celebrities really look like before all that retouching? And just how different is the published image we see from the original shot?

These before-and-after photographs of actors Kim Cattrall and George Clooney underscore the effects of digital retouching. Professor Hany Farid aims to create a rating system that will indicate how much a published image has been altered. (photo courtesy of PNSA)

Professor of Computer Science Hany Farid and doctoral student Eric Kee are proposing a method to not only answer such questions, but also to quantify the extent of changes that have been made to images.

As Farid writes, “Impossibly thin, tall, and wrinkle- and blemish-free models are routinely splashed onto billboards, advertisements, and magazine covers.” He says that this is “creating a fantasy of sorts.” Going beyond considerations of aesthetics or any dishonesty of photo editors or advertisers, Farid and Kee voice public health concerns.

See Professor Hany Farid’s gallery of before and after images

In a paper published in the Proceedings of the National Academy of Sciences (PNAS), they point out that these highly idealized images have been linked to eating disorders and body image dissatisfaction in men, women, and children. The authors note that the American Medical Association has recently adopted a policy to “discourage the altering of photographs in a manner that could promote unrealistic expectations of appropriate body image.”

There have already been repercussions in the United Kingdom. Last summer, two ads for L’Oreal cosmetics were banned following complaints about the extensive retouching of images of model Christy Turlington and actress Julia Roberts. On a prior occasion, L’Oreal had been forced to add a disclaimer to another ad.

But Farid and Kee assert that outright bans or simple disclaimers may not be addressing the issue fairly or completely. They are seeking a way for advertisers to truthfully and accurately characterize the extent to which an image has been altered, allowing the public to make informed judgments. The goal is to create a metric that provides an objective assessment of how much an image has been altered.

The authors propose a rating system that takes into account common practices such as cropping and color adjustment while providing assessment of other kinds of modifications that dramatically change a person’s appearance. They consider geometric alterations such as slimming legs, adjusting facial symmetry, and correcting posture, as well as photometric manipulations that might include removing wrinkles, “bags” under the eyes, and skin blemishes. 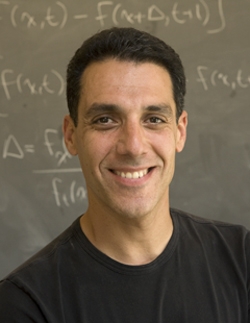 “We start with the before and after digital images from which we automatically estimate the geometric and photometric changes, effectively reverse engineering the manipulations that a photo retoucher has made,” Farid says.

In the study, to crosscheck and validate their metric, human observers were asked to compare and rank the differences in hundreds of pairs of before-and-after retouching images. The results correlated highly with the mathematical metric.

“Such a rating may provide incentive for publishers and models to reduce some of the more extreme forms of digital retouching that are common today,” the authors conclude, but they add, “It remains to be seen if this rating can mediate the adverse effects of being inundated with unrealistic body images.”