Yolanda Griffith: From Team USA and the WNBA to the Big Green

To the Dartmouth women’s basketball team she’s Coach Yo. To the rest of the world she’s Yolanda Griffith, seven-time WNBA All-Star, two-time Olympic gold medalist, and widely considered to be one of the best players ever to play the game. Griffith, who helped lead the Sacramento Monarchs to a WNBA title in 2005, was named an assistant to head coach Chris Wielgus in August. 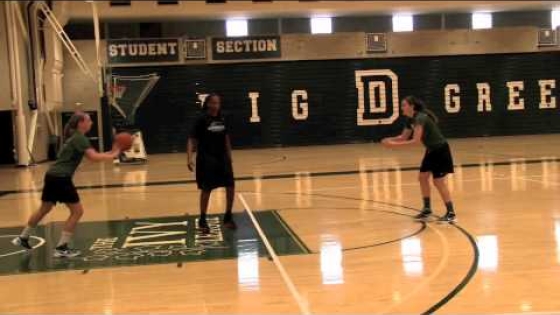 Wielgus, who heads one of the most successful teams in Ivy League women’s basketball history, says Griffith not only brings stellar playing credentials but also impressive coaching skills. “She’s a very good teacher and a great fundamental coach,” says Wielgus, who has guided her team to 12 Ivy League titles and seven NCAA tournament appearances. “She also has a great work ethic and an enormous personality. Our kids love her and they have a great rapport.” 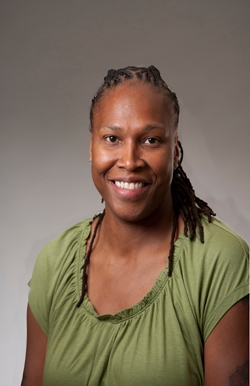 Griffith, a forward who is still the WNBA’s all-time leader in offensive rebounds with 1,049, works with all the Big Green players, but especially with post players like Sasha Dosenko ’12 of Kiev, Ukraine. “She teaches us to be stronger and more aggressive in the paint,” says Dosenko, a film and media studies major with a psychology minor. “But what I really enjoy about Coach Yo is her personality and her desire to make all of us better players. On the court she is strict, but she always stays positive and encouraging. Off the court she is a very outgoing person and it is always fun to be around her.”

Griffith is already getting involved in the Upper Valley community, and visited patients at the Children’s Hospital at Dartmouth in September. Fans will finally have the opportunity to see her coaching courtside when the 2-3 Big Green host their first home game against the University of New Hampshire on Wednesday, November 30.