An international consortium led by investigators from the Ragon Institute of MGH, MIT, and Harvard, and from Dartmouth have been awarded approximately $8 million from Partners Healthcare through a grant from the Bill & Melinda Gates Foundation-sponsored Collaboration for AIDS Vaccine Discovery in support of an effort to develop a new type of HIV vaccine. The project led by Galit Alter of the Ragon Institute and Margaret Ackerman, associate professor of engineering at Thayer School, will investigate strategies to induce the production of antibodies that would recruit cells of the innate immune system to block HIV infection soon after viral transmission. 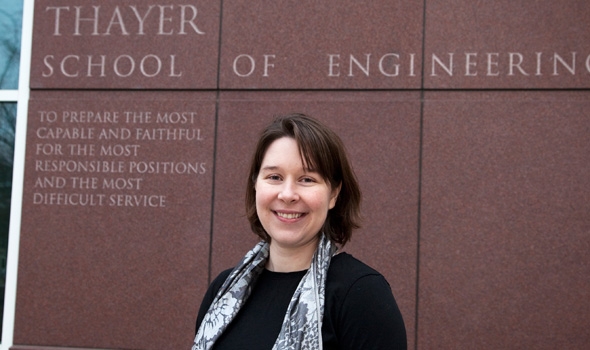 The project led by Alter and Ackerman seeks to define the required signals, induce the production of innate-immune-recruiting antibodies, and evaluate the protection they would afford against HIV in the early days following virus transmission. To meet these ambitious goals, the investigators have assembled a team of scientists—including experts in many facets of immune system biology and computational biology—from Beth Israel Deaconess Medical Center, Tulane University, the University of Oxford, and Friedrich-Alexander University Erlangen-Nuernberg in Germany.