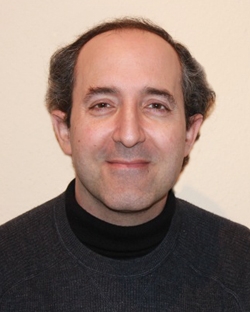 Professor Michael Herron found that African American and Hispanic voters in Florida tend to vote early on the Sunday before election days, an option that has been eliminated under a new state law. (photo by Melissa R. Herman)

According to data compiled by Dartmouth Professor Michael C. Herron and Daniel A. Smith, a 2011 change to Florida voting law by state lawmakers will make it harder for Florida’s African American and Hispanic voters to exercise their traditional voting patterns.

Florida’s new law HB 1355 reduced the number of early voting days from 14 to 8 and eliminated early voting on the Sunday preceding election day. In studying Florida’s 2008 general election results, Herron and Smith found that Democrats early-vote more than Republicans on the last Sunday before election day, and that African American and Hispanic voters tend to early-vote on that Sunday.

Smith, a political science professor at the University of Florida, presented the findings at a federal hearing in Tampa on January 27, convened by U.S. Senator Dick Durbin (D-IL), chairman of the Senate Judiciary Subcommittee on the Constitution, Civil Rights and Human Rights.

“The greatest drop-offs in white early voting rates occur on Sundays, and on these days the fraction of African American early voters jumps,” according to the testimony of Herron and Smith. Herron, an expert on election issues and statistical methods, was unable to testify in person at the Florida hearing because he is currently a visiting professor at the Hertie School of Governance in Berlin, Germany.

Herron and Smith’s testimony also noted there were 6,432 hours of early voting time prior to the 2008 Florida presidential primary, but that there will be only 4,542 before this year’s January 31 primary, a reduction of nearly 30 percent.

“This hearing helped bring our preliminary findings to light,” says Herron, who notes that he and Smith are currently analyzing data from the 2010 Florida general election and will also analyze the 2012 primary results for a final paper they will release at a Houston state politics conference in February.

He continues, “I think the irregularities in the testimony are clear, particularly with respect to race. But I think it’s too early to say what may happen with the law.”