Dartmouth Offers 2,180 Students Acceptance to the Class of 2016

Dartmouth has offered 2,180 students—9.4 percent of the applicant pool—acceptance to the Class of 2016. This includes the 465 students who were admitted through early decision in December 2011. The Admissions Office processed a record 23,110 applications. The rate of admission (9.4 percent) for acceptance was the most competitive ever. 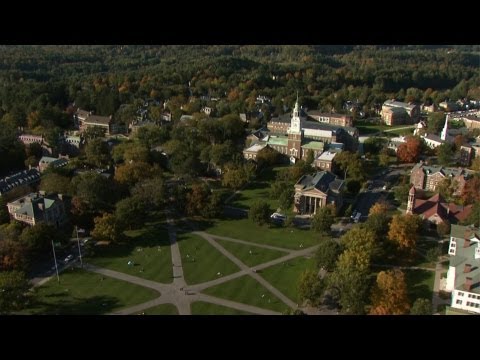 Dean of Admissions and Financial Aid Maria Laskaris ’84 credits the continued growth in applications to sustained interest in the College, as well as to the effectiveness of Dartmouth’s need-based financial aid program.

Of those students whose secondary school report a class rank:

Laskaris believes that the holistic and individualized review process used by the Admissions staff is reflected in the bright, interesting, and well-rounded students admitted into the Class of 2016. “They are students who value the College’s commitment to undergraduate education, who will take advantage and add to the array of research opportunities, and who look forward to working side-by-side with Dartmouth faculty who are breaking new ground in their academic fields,” explained Laskaris.

“Dartmouth has long been positioned to help students make a difference in the world,” adds Laskaris. “The students admitted to the Class of 2016 reflect the passion and commitment to others that are hallmarks of the Dartmouth community.”

The talents and achievements of the students admitted to the Class of 2016 are diverse and widespread. One student, for example, is a filmmaker who won a best documentary award for PBS’ Project VoiceScape. Also in the admitted group is a sustainability activist who has appeared in a UNICEF documentary. A number of professional dancers, actors, and an award-winning playwright also gained admittance to the Class of 2016, as did several game and mobile app developers. One member of the class represented the United States at the inaugural Youth Olympic Games in Innsbruck, Austria.

“Through efforts to help their communities become more sustainable, projects aimed at raising awareness through film and other media, service to others through the military, and community activism in many forms, this group of students is poised to have an impact at Dartmouth and beyond,” says Laskaris.

Dartmouth continues to attract students from across the country and around the globe, which is evident in the geographical make-up of the admitted group that includes students from all 50 states and 49 countries. The number of admitted international students is the largest since the Class of 2013.

The Class of 2016 was admitted through a need-blind selection process. Approximately half of the class will receive financial aid—the College plans on awarding more than $80 million in need-based scholarships next year. 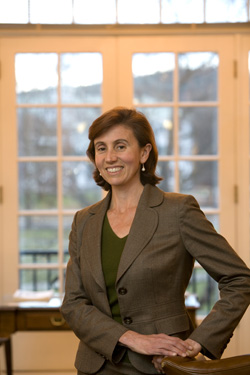 “Through efforts to help their communities become more sustainable, projects aimed at raising awareness through film and other media, service to others through the military, and community activism in many forms, this group of students is poised to have an impact at Dartmouth and beyond,” says Maria Laskaris ’84, dean of Admissions and Financial Aid. (photo by Joseph Mehling ’69)

“As always, we are committed to working with families to help keep Dartmouth affordable and accessible for students,” says Laskaris. “We will match any need-based financial aid awards from our Ivy peers. We want students to base their matriculation decision on what is the right ‘fit’ for them, in terms of their academic and extracurricular aspirations, and not on the small differences in financial aid they receive.”

Earlier this year, the Dartmouth Board of Trustees announced that the College will provide free tuition and eliminate loans from the financial aid packages for students with family incomes of $100,000 a year or less, up from $75,000 in 2011-12, ensuring accessibility for all students, regardless of their families’ financial resources.

Students received their Admissions decision by logging into Dartmouth’s secure Online Applicant Services tool beginning at 5 p.m. on Thursday, March 29. The College plans on enrolling between 1,100 and 1,110 new students in the fall.

The Admissions Office will host video chats during April for admitted students and their families. Dimensions of Dartmouth, an on-campus program offered for regular decision admitted students, will take place April 19 through 21.