Dartmouth students began tweaking copper wires linked across dorms in the 1920s in an effort to bring quality radio to the campus. After a stint on the AM dial at 1340 WDCR beginning in 1958, Dartmouth’s 99Rock found its way to the FM band on 99.3 WFRD in 1976. Now, more than 35 years later, the award-winning radio station has found a new home with iHeartRadio on iheart.com. 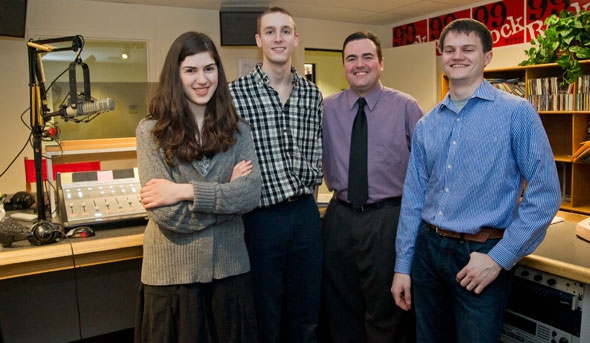 Chris Zhao ’13, the student program director for 99Rock, explains the significance of this transition, “iHeartRadio is the new direction that the radio industry is heading towards. With the recent rise in the popularity of digital music products like Spotify and Pandora, iHeartRadio is a way for radio to stay relevant. It will give Dartmouth radio a global exposure and will keep us at the forefront of industry advances.” 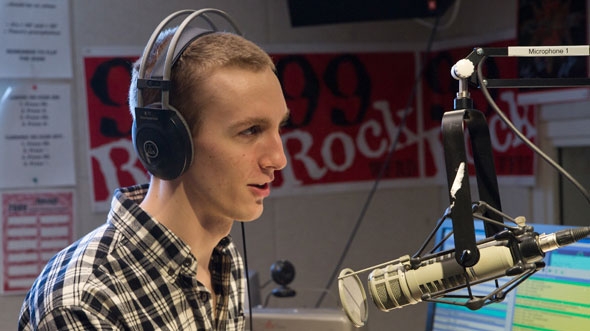 Cooper Thomas ’14 on-air with 99Rock. Dartmouth is one of a dozen colleges on iHeartRadio’s College Radio programming. (photo by Eli Burak ’00 )

Dartmouth’s 99Rock, iHeartRadio’s only Ivy League station, will now stream on all of iHeartRadio’s digital extensions including access from online, mobile and automobile carriers. With 47 million downloads of iHeartRadio mobile apps and its status as the number one free broadcast radio app on the iPhone and Android, Dartmouth radio is sure to garner more attention than ever before.