Twenty-two scholars—in fields including economics, history, government, Spanish and Portuguese, computer science and earth science, as well as two new members of the Thayer School of Engineering faculty—joined the Dartmouth faculty of arts and sciences this academic year, launching their courses and establishing their research programs.In this week-long series, Dartmouth Now profiles four of the newest members of the faculty.
Image 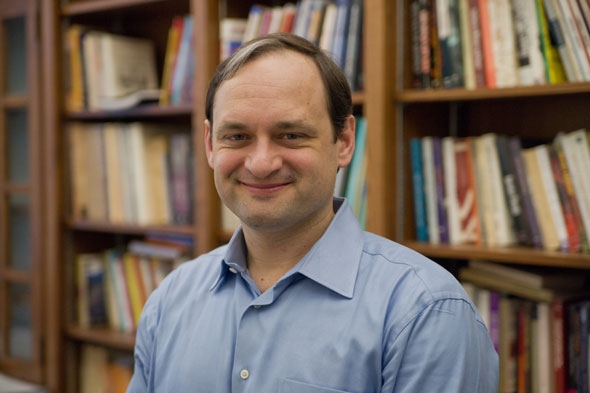 Alan Covey ’96, an archeologist and an expert on the Incas, returned to Dartmouth this fall as an associate professor of anthropology. (photo by Eli Burak ’00)

Alan Covey ’96, associate professor of anthropology, is an expert on the dynamics of ancient and modern empires and has conducted archaeological fieldwork in the Andes virtually every year since 1996. He holds a PhD from the University of Michigan and comes to Dartmouth from a faculty appointment at Southern Methodist University.

In this interview, he considers what drew him into archaeology, anthropology, and ethnohistory; what drives his work as a scholar and a teacher, and what’s on the horizon for his field.

Starting from Dartmouth: Covey is a member of Dartmouth’s Class of 1996. “It was studying classical archaeology and anthropology that really developed my interest in what I do,” he says. “I got a lot of great mentoring from faculty in both departments. I was able to study abroad in Rome and to get my first field experience through a Dartmouth-run dig in Mallorca, Spain, where we excavated at the Roman capital of the island.”

How to manage an empire: “I work in the Andean highlands studying the Inca empire, which was the largest native civilization to develop in the Americas. I am interested in the factors behind its expansion and administration of an incredibly diverse region, as well as how the Spanish empire invaded and conquered the Incas during the sixteenth century.”

History lessons: “Early empires offer some interesting points of comparison with the United States. As societies that ultimately failed, there are a lot of cautionary tales about the role of government in promoting prosperity, security, and identity across space and time.”

On the horizon: Over the next decade, Covey predicts, “archaeology will develop important perspectives on early empires at the smallest and largest scales—at the end of this decade we will know much more about the health and daily life of ordinary people, as well as how imperial societies affected their environment and responded to changing climatic conditions and resource availability.”