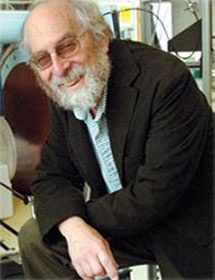 Dartmouth is the lead institution working on revolutionary technology that will drastically improve doctors’ ability to diagnose radiation exposure caused from unexpected events, such as the massive failure and meltdown of Japan’s Fukushima I Nuclear Power Plant last March.

Researchers at Dartmouth Medical School have been working to perfect an easy-to-use, portable dosimeter, invented by radiologist and Dartmouth professor Harold M. Swartz, to detect levels of radiation in teeth.

Although this technology potentially has multiple uses, the current focus of the electronic paramagnetic resonance (EPR) research is situations, such as nuclear accidents or terrorist attacks, where people may have been exposed to radiation but don’t know their level of exposure.

In 2010, the National Institutes of Health awarded Swartz’s research in EPR a $16.6 million, five-year commitment to allow Dartmouth Medical School’s EPR Center to form the Biodosimetry Center for Medical Countermeasures Against Radiation.

Description
A story on how the JetBlue–Spirit Airlines merger will affect travelers quotes engineer and aviation expert Vikrant Vaze’s view that “The biggest winners are the people who happen to live near the hubs of the larger airline in the merger.”
Logo
Image

Locked-In Syndrome and the Misplaced Presumption of Misery

Description
Cognitive science researcher Marie-Christine Nizzi is quoted in an article saying that the presumption that people with “locked-in syndrome” are miserable is “an able-bodied biased view by which it seems that such a life is unbearable and must be awful.”
Logo
Image