Smartphones Can Aid People with Schizophrenia

Psychiatry is employing smartphone technology as an innovative tool in the assessment and treatment of schizophrenia and other serious mental illness. Prominent in this endeavor is Dror Ben-Zeev, an assistant professor of psychiatry at Dartmouth Medical School and director of the Thresholds-Dartmouth Research Center in Chicago. 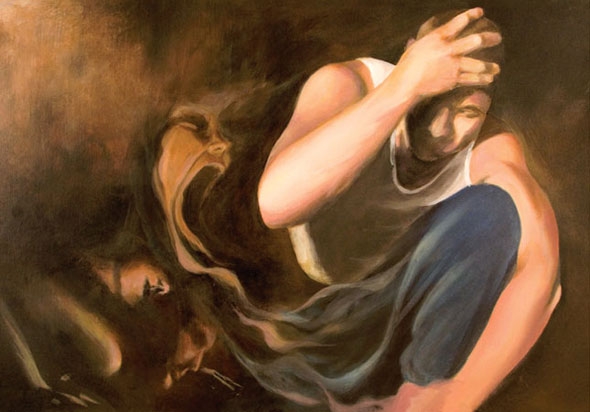 Ben-Zeev and his colleagues evaluated a range of approaches, including the use of mobile phones to gather information about patients’ symptoms, moods, and medication use. The phones could then be used to deliver real-time, real-world interventions, such as prompts to take medication or engage in healthy behaviors like diet, exercise, or stress-reducing activities.

“We are using the technology that is already in your pocket to create a completely new medium for psychotherapeutic intervention,” says Ben-Zeev. “You can have therapy with you and accessible to you whenever and wherever you have the need, potentially anywhere in the world.”

As guest editor for a special issue of the Schizophrenia Bulletin, Ben-Zeev presents a set of four papers coauthored by a series of international colleagues. The papers are geared toward the increasing numbers of researchers who are leveraging smartphones and cellphones to provide mental health services. The articles are now available online with print publication set for spring 2012. 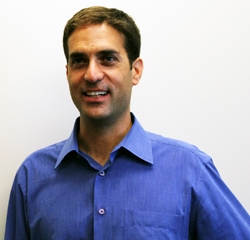 Ben-Zeev acknowledges that some mental-health practitioners may doubt the ability of the mentally ill to make productive use of this technology. To counter this perception, Ben-Zeev and his associates recently conducted a survey of 1,600 Chicago individuals under treatment for serious mental illnesses, such as schizophrenia, schizoaffective disorder, and bipolar disorder.

“We showed that 70 percent of the people had cellphones and used them for calling, texting, and for accessing the Internet,” he remarks. “It’s not quite up to the 94 percent of people in the U.S. overall but I think that these results are going to be very surprising to many who expect much less from people with serious mental illness.”

The goal of the special issue papers, according to Ben-Zeev, is to stimulate discussion of potential opportunities where mobile technologies can enhance the study of psychotic illnesses and to encourage researchers and clinicians to be creative in employing these technologies.

The first of the four papers is a general review by international experts that includes concrete guidelines and practical suggestions for future studies. Editor Ben-Zeev also alludes to “expert insights and shared collective experiences [that] will undoubtedly be useful to investigators who are unfamiliar with mobile technology study design, hardware and software requirements, and statistical approaches necessary to successfully analyze the rich data that are characteristic of these paradigms.”

The remaining three papers in the series are empirical studies that demonstrate the utility of technology in psychiatry, each highlighting the use of three successive generations of technology. The first study report begins with preprogrammed wristwatches that signal people to respond to paper questionnaires. The second had people using personal digital assistants (PDAs) to complete on-screen questionnaires periodically when prompted, and the last employed cellphones that delivered text messages requiring self-monitoring responses.

In addition to the call to action implicit in the special issue papers, Ben-Zeev and his Chicago coworkers are putting “boots on the ground,” as he says. He is partnering with community agencies and working with psychiatric rehabilitation centers and people in treatment. As a result, his research is simultaneously providing a clinical service.

“This is not your typical model,” states Ben-Zeev. “Usually the research is conducted in an academic medical center, and then there is a transition back to real settings which may take a really long time. We are bypassing that by developing the paradigm here to begin with, getting feedback from both providers and consumers. I think that’s the strength of what we are doing.”

The painting Psychosis (pictured above) by Amber Christian Osterhout is part of an educational art exhibition, “Gaining Insight,” about the reality of mental illness.