Chair of the Dartmouth Board of Trustees Steve Mandel ’78 announced that Bill Helman ’80 will chair the search for Dartmouth’s next president. Trustee Diana Taylor ’77 will serve as vice chair of the Presidential Search Committee, which is charged with conducting an open and inclusive search while respecting the confidentiality of candidates.

Mandel said, “Bill Helman brings extensive experience in recruiting leadership for a range of for-profit and nonprofit organizations. He appreciates the complexity of leading academic institutions and will do a great job in encouraging members of the Dartmouth community to share their thoughts about the qualities of leadership that will best serve the College.”

The committee will be modeled after the previous Presidential search committee, with representatives from Dartmouth’s key constituencies. Further details about the committee’s mandate and composition will be shared in the coming weeks.

Helman said, “President Kim and his colleagues have accomplished a great deal in the past three years and have laid a strong foundation that will allow us to attract a world-class field of candidates. Diana and I look forward to working with our fellow Trustees and the larger Dartmouth community on this singularly important undertaking.” 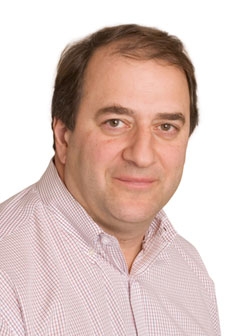 Trustee Bill Helman ’80 is chairing the search for Dartmouth’s next president. (photo courtesy of Bill Helman)

Bill Helman ’80 has been a trustee of Dartmouth since 2009. He is also the Trustee representative to the Thayer School of Engineering Board of Overseers, chair of the Geisel School of Medicine Board of Overseers, and a member of the Dartmouth-Hitchcock Board of Trustees. A graduate of the Harvard Business School, he is a partner with Greylock, a venture capital firm focused on early stage investments in technology, consumer Internet, and health care. He serves on the board of The Ford Motor Company and also Harvard Management Company, Isabella Stewart Gardner Museum, Damon Runyon Cancer Research Foundation, Broad Institute, and the Steppingstone Foundation. He is also a member of the Board of Fellows at Harvard Medical School. 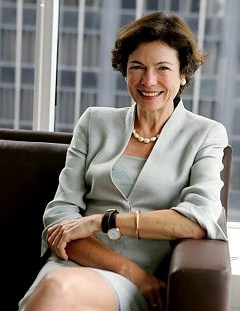 Diana Taylor ’77 has been a trustee of Dartmouth since 2008. She joined Wolfensohn & Company, a strategic consulting and investment firm, in 2007. She previously served as New York State superintendent of banks and chairwoman of the New York State Banking Board and in a variety of senior public and private sector roles. Taylor serves on the boards of Citigroup, Brookfield Properties, and Sotheby’s and chairs the boards of ACCION International and several other nonprofits. She also serves on the boards of the Columbia University School of Business and the Mailman School of Public Health. She earned her Dartmouth AB degree in economics and an MBA and master’s in public health from Columbia University.