Dartmouth’s Leslie Center for the Humanities invites attention to childhood and the emerging field of child studies with “Reimagining the Child and the Place of Child Studies in the Academy,” an interdisciplinary conference set for Tuesday, May 1, co-presented with the Women’s and Gender Studies Program. Sessions begin at 9:30 a.m. in the Haldeman Center. 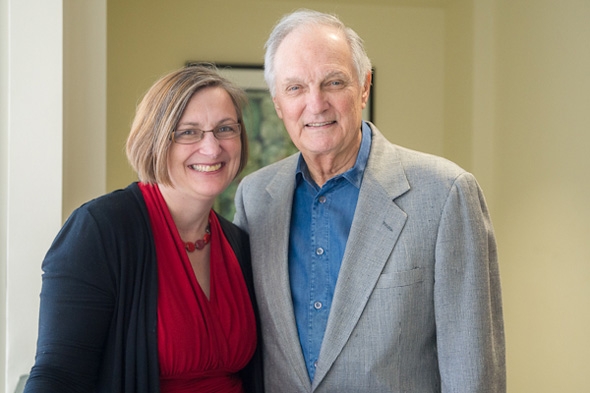 Leslie Center Fellow Laura Lovett greets actor/producer Alan Alda during an April visit to Dartmouth. Alda, along with other creators of the influential 1970s multimedia project “Free to Be You and Me” (including Marlo Thomas, Letty Pogrebin, and Gloria Steinem), contributed an essay to “When We Were Free to Be: Looking Back at a Children’s Classic and the Difference it Made,” which Lovett co-edited. (photo by Eli Burak ’00)

“We are just now writing the history of the women’s movement in the 1970s, and most historians have not appreciated the very significant role of children and childhood in the women’s movement,” says conference presenter and Leslie Center Fellow Laura Lovett. She’s particularly anticipating the panel discussions set for the conference’s afternoon session, which will be “a multi-generational dialogue about the meaning of childhood and the kinds of forces that have influenced childhood experience over the past 40 years.”

One of the watershed moments in those past 40 years, Lovett maintains, was Free to Be You and Me, the book, album, and television special which came out in 1972.  The film will be screened midway through the conference’s afternoon session, at 3:30 p.m. in room 041 of the Haldeman Center. 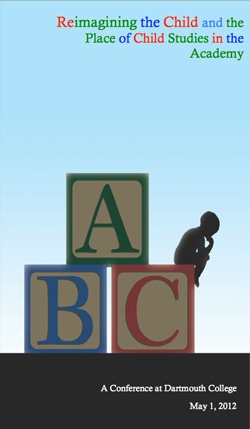 “Free to Be is one of the most influential books of the women’s movement,” says Lovett. “The ideas of inclusion and freedom from gender and race stereotypes had a significant impact on parenting advice literature, toy manufacturers, media influence on children, and of course personal attitudes about masculinity, femininity, race, and ethnicity. The Free to Be creators had a vision of a multicultural society, and even extended their vision to fight against stereotypes surrounding disability.” Lovett and fellow conference panelist Lori Rotskoff are the co-editors of When We Were Free to Be: Looking Back at a Children’s Classic and the Difference it Made.

“Often the second wave women’s movement gets dismissed as a white women’s movement,” Lovett continues. “It was great to see, through my research for the book, that organizers of Free to Be so explicitly addressed race as part of their fight against harmful stereotypes.” The 1974 TV special, she notes, “included more than a dozen African American actors and performers, and was considered controversial for doing so.”

Morning sessions for “Reimagining the Child and the Place of Child Studies in the Academy” include offerings from scholars and activists in the fields of queer theory, reproductive politics, art, children’s welfare, cultural history, and American studies.

Leslie Center Director Colleen Boggs explains that the conference aspires to explore “how the social and political reality of childhood has changed in recent decades, how our understanding of childhood has developed over the same period, and the extent to which scholarly understanding and social realities have been mutually illuminating.”