Three Dartmouth students have been granted scholarship awards from the Morris K. Udall and Stewart L. Udall Foundation, which recognizes college sophomores and juniors who either intend to pursue careers related to the environment, or who intend to pursue careers in Native health care or tribal public policy and are Native American or Alaska Native. Jason Curley ’13 was one of 80 students nationwide to be awarded a Udall Scholarship, and Nicole Kanayurak ’13 and Montana Wilson ’13 were two of 50 honorable mentions. 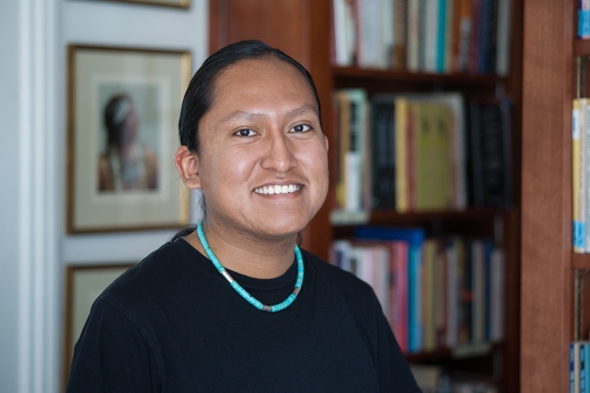 Jason Curley ’13 was one of 80 students nationwide to win a scholarship from the Morris K. Udall and Stewart L. Udall Foundation. Curley’s plans for the future include earning a postbaccalaureate degree, attending medical school, and then returning to the Navajo Nation to practice medicine and develop more effective health care policies. (photo by Eli Burak ’00)

Curley, a Native American Studies major and digital arts minor from Ganado, Ariz., received an award of up to $5,000 from the Udall Foundation. He plans to earn a postbaccalaureate degree following graduation and then attend medical school. A Navajo/Diné, he intends to return to the Navajo Nation after completing medical school, to practice medicine and develop more effective health care policies.

“I’m very honored to have received this distinguished award because it recognizes something I’ve always aspired to, which is service, and more importantly service to Native Americans,” says Curley, who is a member of Casque & Gauntlet Senior Society and Lambda Upsilon Lambda fraternity, and who received the Office of First Year Students’ annual prize for outstanding male student.

Curley has also served as the undergraduate resident assistant for Dartmouth’s Native American House. “Being awarded a Udall Scholarship confirms to me that other people have faith and trust in me and think that I’ll do good work for my people.”

This spring, while on a D-Plan leave term, Curley will continue community health outreach in the Navajo Nation, work which he had started with Partners in Health the summer after his first year at Dartmouth.

“Community health outreach and policy-making that has to do with the holistic and individual wellbeing of people are the things I’m very much interested in,” says Curley, who is also a member of Occom Pond Singers and has served on the Dartmouth Pow-Wow Committee. “And having been a part of this community health outreach program, I feel that there’s no one better to address the health needs of my people than one of our own.” 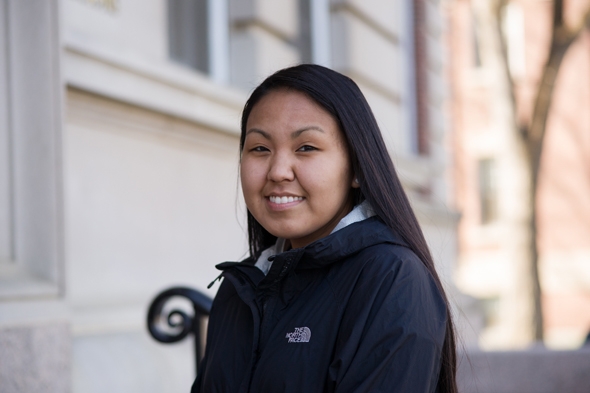 Kanayurak, an environmental studies major from Barrow, Alaska, plans to “be a leader in Arctic environmental policy issues pertaining to oil, gas, and natural resource development on the North Slope of Alaska.” The daughter of a whaling captain and subsistence hunter, she is considering law school and hopes to “help alleviate the tension and dichotomies of different groups involved with Arctic issues as we experience environmental changes in our communities. I would like to help the Inuit people cope with these changes.”

A James O. Freedman Presidential Scholar and an Occom Scholar, Kanayurak is working with Professor Xiahong Feng in the Department of Earth Sciences, analyzing tundra soil samples from Greenland. “It’s good to have the opportunity to learn about the Arctic all the way over here and get a new perspective, and also to be learning things that I can potentially apply back home,” says Kanayurak, who is also a member of Native Americans at Dartmouth, Smart Women Securities, and the Dartmouth Council on Climate Change. 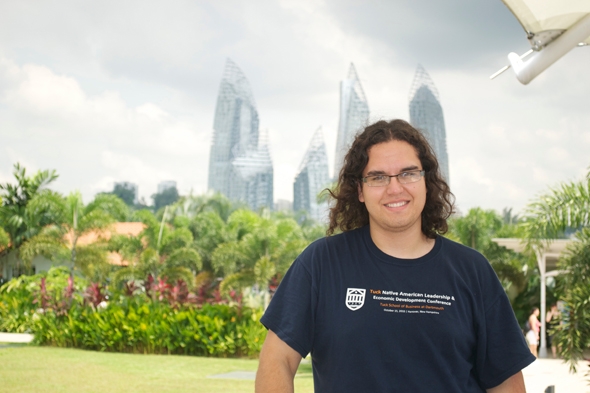 Wilson is a government and Native American Studies double major from Poplar, Mont. A Gros Ventre, whose people are enrolled in the Fort Belknap Indian Community of the Fort Belknap Reservation of Montana, Wilson plans to pursue a PhD in government focusing on tribal administration and public policy. His goal is to become a professor and educate students “on tribal governance, sovereignty, and political theory. Simultaneously, I will be an advocate for underrepresented Native American people and tribes in the development of tribal public policy.”

A Dartmouth Mellon Mays Undergraduate Fellow, as well as a Gates Millennium Scholar and an Occom Scholar, Wilson is a member of Casque & Gauntlet, Alpha Theta coeducational fraternity, and president of the Dartmouth Pow-Wow. He also works as a Dartmouth admissions intern.