When Aaron Limonthas ’12 takes the Leede Arena stage with his Alpha Phi Alpha brothers on Saturday, May 19, it will be the culmination of months of hard work to prepare for the College’s 21st annual Green Key Step Show. This year also marks the 40th anniversary of the Alpha Phi Alpha fraternal organization at Dartmouth. 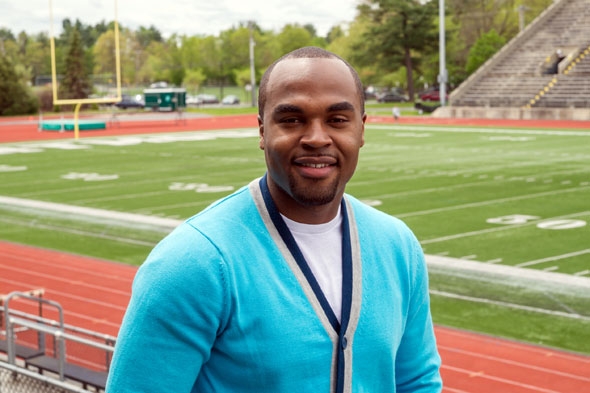 Aaron Limonthas ’12, a sociology major with a minor in women’s and gender studies, says “There are a lot of people with great ideas and great potential in this world, but Dartmouth has taught me to create a plan and go out and execute it.” (photo by Eli Burak ’00)

Limonthas, a four-year varsity football player from Houston, Texas, is majoring in sociology and minoring in women’s and gender studies. While at Dartmouth, he served as Student Assembly president his sophomore summer, was the Afro-American Society vice president, worked as an undergraduate advisor, participated in the Programming Board, was a member of Dartmouth Television, started his own radio show on WDCR, and opened a campus barbershop.

Along with Aaron Limonthas  ’12, the Alpha Phi Alpha members who will be performing in the step show are: Julius Bedford ’12, S.N. Tyler Melancon ’12 (stepmaster/choreographer), Alexander Tejeda ’12, Jordan Wallace ’12, William Hernandez ’13, and Jeffrey Sauray ’13.

Dartmouth Now sat down recently to talk to Limonthas about his Dartmouth experience.

I was recruited for football, but I wanted to stay in Houston. My aunt really wanted me to go to Dartmouth. I had been praying on my decision, and then two days before the decision deadline for athletes my aunt passed away. I took that as a sign. I really just wanted to take advantage of the things she wanted me to pursue. That was my goal when I matriculated here. She wanted me to travel a lot, see the world, and just expand my mind-frame and horizons.

What do you want people to know about Alpha Phi Alpha?

We were the first black Greek letter organization, but we’re not restricted to black members. Our fraternity was founded in 1906 because blacks weren’t allowed to join other Greek organizations. We’re dedicated to scholarship and the community. It’s also about brotherhood. My internship over the summer of 2011 was with Major League Baseball (MLB), with an Alpha alumnus, Jimmie Lee Solomon ’78 [MLB’s executive vice president for baseball development]. A good 50 to 60 Alpha alumni will be here for Green Key.

You played varsity football for four years and also participated in numerous extracurricular activities. How did you balance everything?

Football sets up a great structure for you. If you know you have class from here to here and football from here to here, you have no choice but to get the work done. You realize that yeah, you need to sleep and you might not be able to go out this weekend or you might not even be able to go out this term. But you came here for a reason. A fraternity brother who came up here to speak a couple of weeks ago put it in great perspective. He said, “What are you going to remember 5 years from now? This party or an academic achievement?”

In addition to studying French in Lyon, you went on Dartmouth’s inaugural Foreign Study Program to India. What was that experience like?

I was really interested in the caste system and got to visit a lot of different villages. I also helped families do sustenance farming through a program called DDS [Deccan Developmental Society]. DDS helps Dalits and scheduled caste members of India produce food for themselves. The experience centered my focus on working towards the removal of social injustice.

What would you like to say about your Dartmouth experience?

I’ve definitely changed at Dartmouth. At the core I’m still the same person, but my view on life has changed completely and so has my understanding of people, partly from becoming a women and gender studies minor. Being an Alpha has changed me and prepared me for all aspects of life. I love having conversations with my parents and sharing with them the lessons I’ve learned at Dartmouth. There are a lot of people with great ideas and great potential in this world, but Dartmouth has taught me to create a plan and go out and execute it. Don’t just sit on the idea and the hope; go out and do it. Because if I don’t, who will?

In the end it’s definitely been hard, but I believe I made the right decision coming here. I’ve learned so much and met so many great people. It’s really been a blessing.

In the video below, Alpha Phi Alpha rehearses for the 21st annual Green Key Step Show. 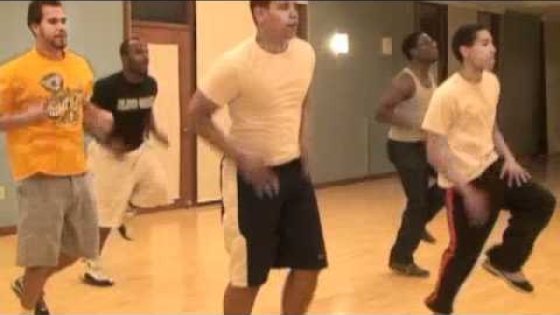