Dartmouth Experience: All the World’s a Stage for Singer Amber Dewey ’12

Amber Dewey ’12 has graced the Hopkins Center’s stages many times during her undergraduate career. While you may not recognize her from her February turn as Tracy Turnblad in Hairspray, due to the wig and padding she donned, it’s hard not to forget the showstopping performance she gave in that Department of Theater production. The Amarillo, Texas, native also played Audrey in Little Shop of Horrors, and starred in The Rocky Horror Show, The 25th Annual Putnam County Spelling Bee, and Xanna Don’t! 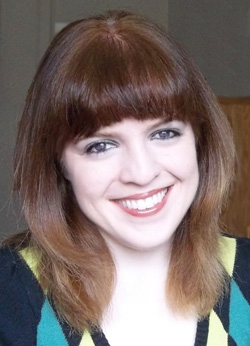 Amber Dewey ’12 has starred in several Dartmouth musical productions and is a member of the Glee Club. (photo courtesy of Amber Dewey ’12)

In addition to her musical theater métier, Dewey is also well-known on campus for her performances with the Dartmouth College Glee Club. This Sunday, May 6, Dewey and the Glee Club will be performing the College’s traditional songs at their spring concert in Rollins Chapel at 2 p.m. The concert is a celebration of the upcoming release of a CD featuring new versions of such songs as “Dartmouth Undying,” “Dartmouth Heartsong” by David Martosko ’91 and Torrance Blaisdell ’90; and “Alma Mater,” arranged by Zach Vaughn ’05. The show will also feature selections from Leonard Bernstein’s operetta Candide, featuring soprano Dewey, tenor Nathan Graves, and baritone Evan Ross, both Class of 2013.

In addition to Glee Club, Dewey is also musical director of the co-ed a cappella group Sing Dynasty, which was founded in 2008 and claims fictional alum Stephen Colbert as a former member (Dewey admits to a Colbert infatuation). She is co-president of the musical theater group the Harlequins, and, as a German major, spent her 2011 spring and summer terms studying at the University of Tübingen in southern Germany. She also performs community outreach with Opera North, the Lebanon, N.H.-based company with which she interned during her sophomore summer. “I love the repertoire for lyric coloratura sopranos,” she says, “especially singing the high, fast stuff.”

“During Amber’s time at Dartmouth she has developed into a prodigious singer, capable of expertise in a wide variety of musical genres,” says Louis G. Burkot, Glee Club director. “Even as she has emerged as a remarkable soloist, she still maintains the ensemble skills and musical humility necessary for success in a group like the Glee Club. Teaching her and working with her as a conductor will be a treasured Dartmouth memory.” 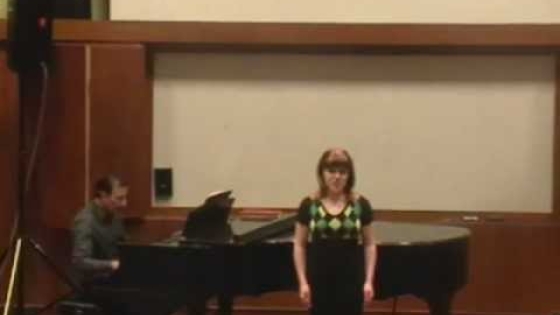 The video above is an excerpt of Dewey singing an aria in English from The Ballad of Baby Doe, called “Silver Aria.”

Dartmouth Now sat down recently to talk to Dewey about her Dartmouth experience.

I was applying to music conservatories mostly, and I got accepted to Boston Conservatory and New England Conservatory. But I also applied to Dartmouth. And then I got a call from Mila Gibson who used to be the head of Amarillo Opera, and she said someone named Louis Burkot was calling because he was curious if I was going to come to Dartmouth. So I came to Dimensions, and I had a practice voice lesson with Louis. He had ideas of how to fix the problems I was having and explained the kinds of thing we’d work on. He also told me I was a soprano, because I was a mezzo in high school, and I thought, “Okay, cool.” We just clicked really well.  And I loved the Glee Club rehearsal I went to, and I decided, I really want to go to Dartmouth.

All of the German classes I took with Professor (Ellis) Shookman were the best. He’s an excellent lecturer. I took conducting with Prof. Neal my sophomore summer and that was really hard but it was an excellent class. I also took a film class in the German department with Veronika Fuechtner and that was awesome. I took an AMES (Asian and Middle Eastern Studies) class with Professor (Woon-Ping) Chin for a distributive last fall. It was called “Supernaturalism in East Asia in Literature.” I had never taken an AMES class and it was so cool. I think the distrib system is great because you take classes that you never would have taken and that turn out to be awesome.

What do you want people to know about this upcoming Glee Club concert?

It’s a historical event. I don’t know if people quite understand this. We’ve got new arrangements of the songs with men and women. And when was the last time that the Glee Club made a recording of all the Dartmouth songs? And when will they make another one? It’s really exciting to be part of that. 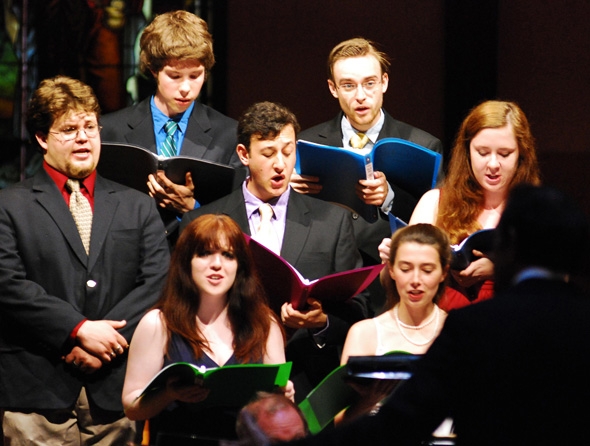 Amber Dewey ’12 (front row, left), during a Dartmouth Glee Club performance. On Sunday, May 6, the Glee Club will be performing the College’s traditional songs at their spring concert in Rollins Chapel at 2 p.m. (photo by Justin Tzou ’10)

During fall 2010 you had an internship at Disney World in the entertainment department and got to wear costumes and play some of the beloved Disney characters. What was that like?

It was an excellent experience. We say you’re “friends” with them, not that you played a character or wore a costume. But I “hung out with” the Chipmunks, and Winnie the Pooh, and a bunch of Disney Playhouse characters. It was great, I loved it so much. Some people are party ruiners and ask if someone’s in there, but it’s suspension of disbelief. It’s an audition process to get those roles; I think they choose people who are conducive to making the whole magic work. We’re well-trained; you learn to walk around in costume. Disney World restaurants have events called “celebrations” that feature characters, and every 15 minutes there’s a song. There were [professional] Equity cast members who sang and danced, and they said you could do the dance moves if you wanted to. And I was like, ‘You bet I will!’ I especially took pride in dancing with the heavier costumes.

How would I describe my Dartmouth experience?

A whirlwind. If I’d gone to a conservatory I think I would’ve been a much less well-rounded individual. I don’t think I would’ve learned to budget my time very well. The only thing I really want to be doing is singing and performing so the fact that I have to set out certain time to do my classwork and sleep is good for me. Something that Louis said when we had a Dimensions concert [in mid-April] really resonated for me. He said that Dartmouth teaches you how to be a real person before you pursue the arts. It’s true. Dartmouth doesn’t have a conservatory feel, but you learn to be a real person.

What are you planning to do after graduation?

This summer I’m working at the New London Barn Playhouse with Carol Dunne, who taught “Acting for Musical Theater,” a class I also loved. After that I’m not really sure. I’d like to take a year or two off from school and audition and then eventually I’d like to go to grad school for music. Honestly, I love opera and musical theater and I want to do whatever will get me work. I don’t think it will take any specific thing to make me happy as long as I’m performing. Now I’ve just got to work on my dancing. That’s a whole other problem…